To share your memory on the wall of Wayne Metcalf, sign in using one of the following options:

Print
Wayne Edwin Metcalf, 80, of St. Joseph, went to sleep with Jesus peacefully on Saturday, May 2, 2020, at Spectrum Lakeland Hospital in St. Joseph.

Services and interment will be held privately. In lieu of flowers, memorial contributions ... Read More
Wayne Edwin Metcalf, 80, of St. Joseph, went to sleep with Jesus peacefully on Saturday, May 2, 2020, at Spectrum Lakeland Hospital in St. Joseph.

Services and interment will be held privately. In lieu of flowers, memorial contributions may be given to the Marie Yeager Cancer Center or the Stevensville Seventh-day Adventist Church Benevolent Fund. Those wishing to leave a condolence for Wayne’s family may do so at www.starks-menchinger.com.

Wayne was born March 1, 1940, in Akron, OH to Dallas and Margaret (Alan) Metcalf. A 1958 graduate of Central High School in Akron, Wayne went on to study at Andrews University for several years. In 1966 he married the love of his life Dianne (Fuller) Metcalf on June 12, in Ohio. Wayne had an affinity for collecting birds of prey figurines and had quite an extensive collection. He also enjoyed working in his yard, which he took great pride in. As a 45-year employee of Goodyear, one highlight in Wayne’s life was the time he got to ride in the Goodyear blimp; it was a source of great joy for him. He also enjoyed TV classics like Gun Smoke, snow camping, his Pathfinder club, and Nascar. He served seven years as a Silver Beach Carousel volunteer and worked for Martins Grocery in St. Joseph where he made many friends. Wayne will best be remembered by his easy going, do anything attitude. Most of all he loved his family and will be greatly missed by all who knew him.

Wayne will be missed by his wife, Dianne Metcalf; his children, Peggy (Raul) Banda; and Ron Metcalf; his siblings, John Darryl (Pat) Metcalf and Donna Mae Hedderly; and his close friends, Randy and Diane Williams of Akron, OH; his Martins family; and his church family at Seventh-day Adventist in Stevensville and Akron. He is preceded in death by his parents.
Read Less

Receive notifications about information and event scheduling for Wayne

We encourage you to share your most beloved memories of Wayne here, so that the family and other loved ones can always see it. You can upload cherished photographs, or share your favorite stories, and can even comment on those shared by others.

Plant a Tree in Memory of Wayne
Plant a tree 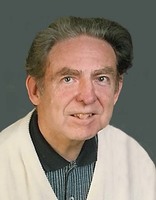