To share your memory on the wall of Wayne Johnson, sign in using one of the following options:

Wayne led by example from an early age. He graduated from Benton Harbor High School in 1966 and graduated from Western Michigan University in 1970 with a Bachelor’s of Business Administration degree. He began his career at the age of 20 by earning his Michigan master plumber’s license. After graduating from college, he owned and operated Ideal Plumbing & Heating and Ideal Sheet Metal in Benton Harbor. He retired in 1997 and began working as a union master plumber for Plumbers & Pipefitters Local 357.

He will be remembered for his commitment and service to his community. Wayne served on the Board of the Southwest Michigan Regional Airport Authority, and as a Trustee for the Plumbers and Pipefitters’ Union Local 357 Pension Fund. He greatly enjoyed participating as a member of the Sons of the American Legion, Post No. 85. Wayne was also a man of faith, regularly attending Trinity Lutheran Church, St. Joseph.

A funeral service will be held at 1:00 P.M., Friday, December 18, 2020 at Trinity Lutheran Church, 619 Court St., St. Joseph with Pastor Michael Roth officiating. Burial will follow at Riverview Cemetery in St. Joseph. Friends may visit from 6:00 P.M. until 8:00 P.M., Thursday, December 17, 2020 at Starks & Menchinger Chapel, 2650 Niles Rd., St. Joseph. Those wishing to share a memory of Wayne online may do so at www.starks-menchinger.com

Receive notifications about information and event scheduling for Wayne

We encourage you to share your most beloved memories of Wayne here, so that the family and other loved ones can always see it. You can upload cherished photographs, or share your favorite stories, and can even comment on those shared by others.

Posted Dec 18, 2020 at 02:24pm
I'm deeply saddened by the news of the passing of Wayne. My heart is broken for his beautiful wife Natalie his children and all of his family and friends. Rest in Peace Wayne
Our deepest condolences Todd & Jeri Tilly
Comment Share
Share via:
CA

Posted Dec 16, 2020 at 02:48pm
Natalie, We are so saddened to see this obituary. Lynda and I always enjoyed visiting with you and Wayne. When we drove into the FOP parking lot and didn't see a cool black car we both said "where's Wayne and Natalie?"
We send all our condolences to you and the family. Wayne will certainly be missed.
Clif & Lynda

Posted Dec 16, 2020 at 01:09pm
Very sorry to hear of Wayne's passing. He was my best friend growing up from the sandbox through high school. Many good memories of him never to be forgotten. Natalie, Brad, Jean, Dean and Dennis, my deepest condolences. May the Lord give you comfort and peace during these days. Rich Goodwin
Comment Share
Share via:

Posted Dec 16, 2020 at 12:06pm
so sorry to hear of the passing of Wayne,may he rest in peace. Natalie you are in my thoughts and prayers,we sure had a lot of laughs though the years :)

Posted Dec 16, 2020 at 10:45am
Wayne was a dear, close friend. We grew p together in the twin cities and not only attended church, Sunday school, confirmation, but also scouts together at Saron Lutheran Church in St. Joe. We camped in the winter at Warren Dunes State Park, canoed with the Explorers down many a river, played football in my parents yard Sundays, and even spent a spring break in New Orleans (2 VW's driving for a weeks' escape from the cold). Living in the suburbs of Charlotte, we would often spend a few days visiting BH/SJ and would often stop to say "hello" to Wayne and Natalie in Higman Park (where as a kid delivered The News Palladium on my paper route).

My parents lived on Rocky Gap Road and if we has a plumbing issue, the first person my dad would call would be Wayne. My dad woned Consumers Dairy. Wayne found a Consumers Dairy cream bottle, which he gaveto me, knowing how much we treasured our family history.

Wayne and Natalie loved to travel and support major league baseball. I don't think that there were many ballparks that they hadn't visited. They did stop for a visit on their way to Hilton Head to get in some golf.

Wayne , you will be truly missed by many!

Natalie, so sorry for your loss. Our thoughts and prayers are with you. Don and Joyce Baum 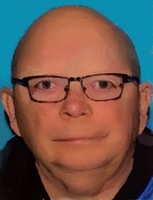 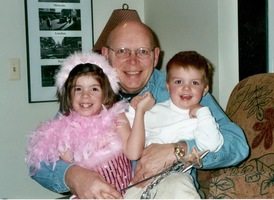 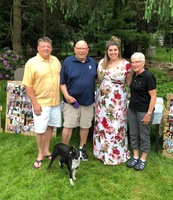