To share your memory on the wall of Warren Rhoads, sign in using one of the following options:

Warren was born on March 23, 1927 in Danville, IL to the late Dean and Gwendolyn (Dolittle) Rhoads.
Warren was involved in various area businesses – He operated a copy service in Benton Harbor; a TV service company named CashWay TV; he was manager of the Watervliet airport, where he also taught flying lessons; he was a bus driver for the Watervliet schools; and most recently owned and operated Warren Rhoads Enterprise real estate.

Warren is survived by his children – Ginger Morgan of Benton Harbor, Sherry Stimson of Watervliet, Candy (David) Baker of St. Joseph and Billy (Kim) Rhoads of Benton Harbor; five grandchildren and several great grandchildren. He is preceded in death by the love of his life and mother of his children – Grace Rhoads, a granddaughter – Tammy Mulson, brother – Darwin and a sister – Phyllis.

A public visitation will take place on Friday – Feb. 26, from 11am-1pm at Starks & Menchinger Funeral Home in St. Joseph. Private family services will follow, with committal at North Shore Memory Gardens in Coloma. Friends wishing to leave the family a message of condolence may do so at www.starks-menchinger.com
Read Less

Receive notifications about information and event scheduling for Warren

We encourage you to share your most beloved memories of Warren here, so that the family and other loved ones can always see it. You can upload cherished photographs, or share your favorite stories, and can even comment on those shared by others.

Posted Feb 26, 2021 at 03:43pm
My thoughts and prayers are with the Rhoads family. Dick was someone you could not forget, his passion and gusto for life was extraordinary. We are blessed to have fathers that came from the "greatest generation".
Comment Share
Share via:
MB

Posted Feb 25, 2021 at 07:09pm
My condolences to the Rhoads family. Dick was one of my father's dearest friends, they were "flying buddies" I have many great memories of visiting with Dick and family going back many years. Because of Dick, my dad was able to fulfill his life long dream of learning to fly. I remember flying to Oshkosh in Dick's plane one year, sleeping in sleeping bags under the wings. Another time he took me on a trip to somewhere in Ohio to bring back an airplane hanger in (and on top of) an old school bus. Also the fly-ins at the Watervliet airport with the pancake breakfasts. A life richly lived. Mark Brame, Byron Center MI
Comment Share
Share via: 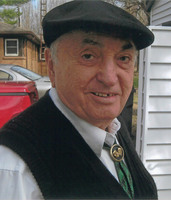