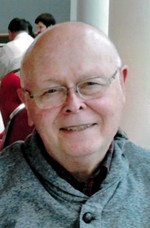 Walter F. Gresens, 82, of St. Joseph, went to his heavenly home on Saturday, May 30, 2020. Arrangements have been entrusted to Starks & Menchinger Chapel. A Celebration of Life Memorial Service will be held at a later date. Memorial contributions may be made to Lutheran Hour Ministries, https://www.lhm.org/ or Trinity Lutheran Church – St. Joseph, http://www.trinitystjoe.org/. Those wishing to leave an online condolence may do so at www.starks-menchinger.com.

Walter was born on September 9, 1937, in Chicago, IL, to Walter O. & Margaret (Wascher) Gresens. He graduated from Luther High School North in 1955 and continued his education by attending Concordia University and earning a bachelor's degree in music. Walter began working at Emmaus Lutheran Church in their music department, which is where he met the love of his life, Karen Stilb. The two were married on August 19, 1961, in Milwaukee, WI. Walter had a passion for music, he was a Minister of Music in the Lutheran Church Missouri Synod for over 50 years, until he retired in 2012. In addition to being an organist, he was also a school teacher, choir, and band director.

In his earlier years, Walter, Karen, and their three children would spend a few weeks every year camping in either Wisconsin or Northern Michigan. Walter enjoyed trains, making electronic music with his Apple computer, and was notorious for telling terrible jokes. Walter was an incredible man with a wonderful heart. He was a true man of faith who always enjoyed sharing Christ, his Savior, with others and will be missed dearly by all who knew him.

Walter was preceded in death by his parents, Walter & Margaret and sister, Wilma Hecht.