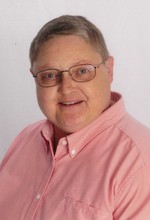 A Mass of Christian Burial will be held 11:00 A.M., Thursday, November 5, 2020 at St. Joseph Catholic Church, 201 Church St., St. Joseph with Fr. Arul Lazar officiating. Burial will take place Friday, November 6, 2020 at Holy Sepulchre Cemetery in Southfield, MI. A Rosary will be recited 10:30 A.M., Thursday at the church before the Mass. Memorials may be made to the St. Joseph Catholic Church “Mass”, American Heart Association or the Crohn’s & Colitis Foundation of America. Those wishing to share a memory of Ginger online may do so at www.starks-menchinger.com

Ginger was born January 4, 1957 in Detroit, MI to John & Virginia (Kelly) Pipoly Jr. She graduated from Our Lady of Mercy High School in 1975 in Farmington Hills, MI. She then attended Aquinas College where she received her Bachelor’s Degree and graduated Cum Laude. Ginger then went on to Western Michigan University and graduated in 1985 with her Masters. She taught at Lake Michigan Catholic High School from 1979 until 1991 and often spoke of how much she enjoyed her students and being part of the “LMC Family”. From 1991 until 2007 she worked as a Customer Service Representative for Chemical Bank. Ginger was a long-time prayer partner for Birthright of St. Joseph. She was a devout Catholic, as a member of St. Joseph Catholic Church where she served in many activities such as a Lector at Mass and bookkeeper. Ginger found great pleasure in having coffee with her fellow parishioners after daily mass. She was an avid reader and loved to cheer on her Detroit Tigers.

Ginger is survived by her brother John (Miriam) Pipoly III; nephew Marco, whom she loved dearly and numerous cousins. Ginger was preceded in death by her parents.

A special thank you to the many doctors and nurses who treated Ginger for several years.