To share your memory on the wall of Violet Witak, sign in using one of the following options:

Due to COVID-19 restrictions, a Celebration of Life Service will be announced and ... Read More
Violet I. Witak, 101, formerly of South Holland & Orland Park, Illinois, passed away, Thursday, March 18, 2021 at Caretel Inns of Lakeland in St. Joseph.

Due to COVID-19 restrictions, a Celebration of Life Service will be announced and held later this year when restrictions are eased. Memorial donations in Vi’s name may be made to the Benton Harbor-Fairplain Lions Foundation, PO Box 8822, Benton Harbor, MI 49023. Those wishing to sign Vi’s Memory Book online may do so at www.starks-menchinger.com.

Vi was born January 4, 1920 in Chicago to Frank & Alice (McDougall) Vranek. She graduated from Hirsch High School in Chicago, Class of 1939. On October 3, 1942 she married Robert F. Vredberg in Chicago. Vi helped her husband in his construction business by handling the office details. After his passing in1962, she was employed for many years as a service clerk for Albertson/Jewel Foods in Chicago. On October 18, 1969 she married Claude P. Witak. He preceded her in death in 2003. Vi was a member and past-president of the Auburn Park Lioness Club in Chicago and joined the Benton Harbor-Fairplain Lions Club after moving to St. Joseph in 2018. Vi volunteered at Caretel Inns and in her free-time enjoyed playing cards, especially Bridge & Pinocle. She cherished the time spent with her family, and will be deeply missed by all who knew and loved her.

Receive notifications about information and event scheduling for Violet

Print
Due to COVID-19 precautions & restrictions, there will be no service for Vi at this time. A Celebration of Life Service will be planned and announced when travel is more readily allowed. Memorial donations in Vi's name may be made to the Benton Harbor-Fairplain Lions Club Foundation, PO Box 8822, Benton Harbor, MI 49023

We encourage you to share your most beloved memories of Violet here, so that the family and other loved ones can always see it. You can upload cherished photographs, or share your favorite stories, and can even comment on those shared by others. 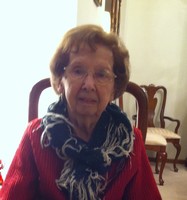 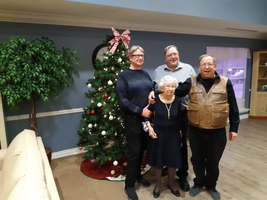