To share your memory on the wall of Vincent DiMaggio, sign in using one of the following options:

Print
Vincent A. “Vince” DiMaggio, 76, of Watervliet, passed away on Monday, October 5, 2020, at Spectrum Health- Watervliet.

A prayer services will be held on Monday, October 12, 2020, at 3PM, at Starks & Menchinger Chapel & Cremation Services, 2650 Niles Rd., St. Joseph. Friends may visit with the family on Monday from 1PM until time of service at the funeral home. Burial will take place at St. Joseph Catholic Cemetery in Watervliet. Memorial contributions may be made to St. Jude’s Children Research Hospital, 262 Danny Thomas Place, Memphis, TN 38105. Those wishing to leave an online condolence may do so at www.starks-menchinger.com.

Vince was born on April 27, 1944, to Anthony & Madeline (Sorce) DiMaggio in Chicago, IL. He graduated from St. John’s Catholic High School in Benton Harbor. He owned and operated DiMaggio Pizza & Burgers for over 40 years. On October 5, 1987, Vince married the love of his life Arlene Kandas in Las Vegas, NV.

Vince enjoyed fishing and hunting. He was a member of the St. Joseph/Benton Harbor Elks Club, NRA and Sons of Italy. In his early years he was the well-known lead singer of the Princeton Five. But his favorite title was being a “Dad” and “Papa” to his loving children and grandchildren.

Vince is survived by his wife of 33 years Arlene DiMaggio of Watervliet; daughters, Madeline (Timothy) Flagel of Watervliet, Danyl (Ed) Broderick of Riverside and Lisa (Brian) Wood of Grand Rapids; grandchildren, Payton, Vinny, T.J., Lily, Jordan (Kara) and Taylor; two great-grandchildren; siblings, Isadore “Izzy” DiMaggio of Coloma, Margaret “Marge” DiMaggio of CA and Josephine “Josie” Little of CA; and all of his wonderful nieces, nephews and extended family that he cared for deeply.

Vince was preceded in death by his parents.

Vince’s family would like to thank the EMT’s and Police Officers for their efforts in helping him.
Read Less

Receive notifications about information and event scheduling for Vincent

We encourage you to share your most beloved memories of Vincent here, so that the family and other loved ones can always see it. You can upload cherished photographs, or share your favorite stories, and can even comment on those shared by others.

3 trees were planted in the memory of Vincent DiMaggio

Posted Oct 14, 2020 at 10:17pm
Arlene and the DiMaggio Family I am very sorry to hear that Vince passed away. My thoughts and prayers are with you all during this time.
Kelly Disbrow

Posted Oct 14, 2020 at 08:53am
Dear DiMaggio Family,
Please accept my heartfelt sympathy for your loss. Vince was one of the coolest upperclassmen to walk the halls of ole St. John’s High School.
Comment Share
Share via:
T

Posted Oct 13, 2020 at 07:20pm
So sorry for your loss, didn't know him really well but his mom Madeline and my nana Grace Giunta and Jennie Baker were the best of friends and I grew up at DiMaggios on a daily bases
Comment Share
Share via:
GB 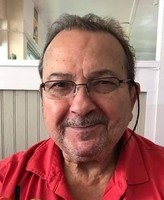