To share your memory on the wall of Timothy Kalin, sign in using one of the following options:

A graveside service will be held at a later date. Memorials may be made to the American Diabetes Association, 2451 Crystal Drive, ... Read More
Timothy T. “Tim” Kalin, 60, of Benton Harbor, passed away at his home on Tuesday, December 15, 2020.

A graveside service will be held at a later date. Memorials may be made to the American Diabetes Association, 2451 Crystal Drive, Suite 900, Arlington, VA 22202. Those wishing to share a memory of Tim online may do so at www.starks-menchinger.com.

Tim was born February 1, 1960 in St. Joseph, MI to Gerald and Delores (Fillwock) Kalin. Since graduating St. Joseph High School in 1978, Tim has worked for his family’s business, Kalin Construction, as a Project Supervisor. An avid drag racer, Tim spent many hours in the garage working on cars or out on the track. He loved football and was an avid University of Michigan fan.

Tim was preceded in death by his parents, Gerald and Delores, and infant sister, Theresa.
Read Less

Receive notifications about information and event scheduling for Timothy

We encourage you to share your most beloved memories of Timothy here, so that the family and other loved ones can always see it. You can upload cherished photographs, or share your favorite stories, and can even comment on those shared by others. 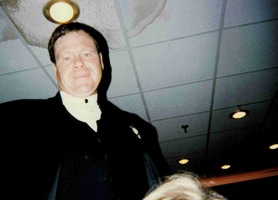 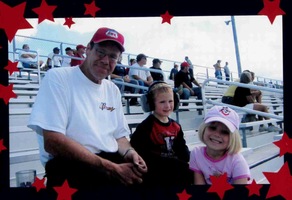