To share your memory on the wall of Susie Tichenor, sign in using one of the following options:

Corine was born on January 4, 1926 in Mt. Vernon, IL, to the late George and Cora (Frost) Clark. In 1948 in Evansville, IN she married James Arthur Tichenor; he preceded her in death on Feb. 21, 1999 and also her son preceded her in death - James Allen Tichenor on October 21, 2005. Corine began her career with the St. Joseph Public School system in 1958 as the part-time secretary at North Lincoln and mid-career moving to the St. Joseph High School until her retirement in 1996. She was extremely active with the Business and Professional Women’s Club and championed equal rights for all. Corine was a founding member of the Pilgrim United Church of Christ and displayed a dedication and commitment from the day ground was broken until the day she passed.

Corine is survived by her son John Arthur Tichenor of Tigard, OR; grandchildren – Jeff (Julia) of Gig Harbor, WA, Joel (Sarah) of Lansing, MI, Julie of South Bend, IN and Jordan of Eugene, OR; and great grandchildren – Liliana, Amira, Jonah and Tallulah. She is also preceded in death by brothers – Tom and Joe Clark and daughter-in-law Cindy Tichenor.

A Celebration of Life Memorial Service will take place on Thursday - April 1, 1:00pm, at Pilgrim Congregational United Church of Christ, with Pastor David Stout officiating. Corine's final resting place will be in Oakwood Cemetery in Mt. Vernon, IL. Memorial contributions may be made to the Pilgrim United Church of Christ. Friends wishing to leave the family a message of condolence may do so at www.starks-menchinger.com
Read Less

Receive notifications about information and event scheduling for Susie

We encourage you to share your most beloved memories of Susie here, so that the family and other loved ones can always see it. You can upload cherished photographs, or share your favorite stories, and can even comment on those shared by others.

Your friends at CAG Logistics Management

3 trees were planted in the memory of Susie Tichenor

Thank you so very much. I think there was a general consensus that she would live forever. Now through this generous donation she will. Again, thank you.
SM

Posted Mar 09, 2021 at 04:09pm
I was privileged to attend worship and help in the kitchen at Pilgrim UCC with Corine for 29 years! Always a story to go along with our busy, working hands! I borrowed her yellow bonnet two years ago to wear to a Kentucky Derby party...it was the best! She was a gem and will be missed!❤
Comment Share
Share via:

Posted Mar 02, 2021 at 09:48pm
I always knew her as Corine and in BPW she was a legend. When I was president of the organization, she always told me that I did a good job and always gave me a pat on the back. That really made me feel good and I knew that if I got her seal of approval, I was doing it right.
Sue Oser
BPW/MI Past president
Comment Share
Share via:
JT

Thank you for your thoughts Susan. I think I was in the range of 13 or 14 years old when mom joined BPW and once that commitment was made there was no holding her back. She lived and breathed BPW and what it stood for. Saying she was a legend, I have so smile as the more I hear from so many of the people she touched the more I believe she was/is a legend. To me she was mom who set a high standard to live by.
LR

Posted Feb 24, 2021 at 02:55pm
My name is Lance Richmond, a fellow member of Pilgrim Church. I am so sorry for your lose. I always enjoyed talking to Corine after church. She had such a sharp mind and great memory and told me many interesting stories. An amazing women! I will really miss her. My condolences to all of you. Sincerely, Lance
Comment Share
Share via:
JT

Posted Feb 20, 2021 at 12:47pm
Just a little story from the moment I learned of mom’s passing
There is a song from the mid 80’s by a group named a-ha called “Take on Me”. I loved this song when I first heard/saw it on MTV so long ago. A few years ago I made a public comment when I first heard this ( https://youtu.be/-xKM3mGt2pE ) VH1 Slowed down version and shared it with everyone I knew.
Today, this song has a new meaning, and a much deeper meaning. February 10, 2021 alone at work I was listening to this as I finished my workday. Then came a phone call from Jeff, then the Medical Examiner’s office ((2200 miles away)) to tell me that my 95 year old mother had passed away. The last time I visited her, nearly 2 years ago I was streaming this video through her TV while working on "Stuff". She heard it from another room, came in sat down and asked me to start it over. At 93 years old she "Got It", “She Felt It” and as her tears streamed down her cheeks so did mine. By this time in her life, she had buried a husband of 50 years, buried a son at 52 taken by pancreatic cancer. I don't know what she was thinking as she listened, but it had a deep impact on her. After the phone call on 2/10/2021, I turned my office lights off, closed the door, sat down and started it over. Somehow, I felt we connected one last time. The power of music in our lives. We will never truly be aware of the far-reaching impact of her compassion and generosity. As I come to grips with our loss, I will do what mom taught me. One step at a time we move forward, we persevere through adversity and stand tall. 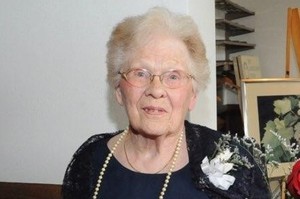 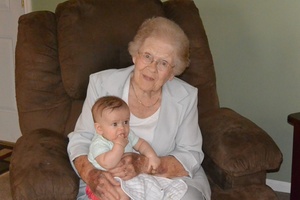 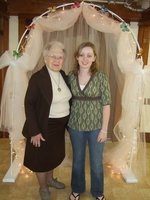