To share your memory on the wall of Susan Russell, sign in using one of the following options:

Print
Susan was born in Saint Joseph, Michigan to Robert and Ruth Scott on June 11, 1938. On December 19, 2020, she died peacefully at home in her favorite room, surrounded by her husband Richard, and her children Keith, Sara, and Andy.

Susa... Read More
Susan was born in Saint Joseph, Michigan to Robert and Ruth Scott on June 11, 1938. On December 19, 2020, she died peacefully at home in her favorite room, surrounded by her husband Richard, and her children Keith, Sara, and Andy.

Susan’s favorite flower was the sunflower, and anyone that was blessed to have met her will immediately know how fitting this was with her unfailing ability to brighten a room, lift spirits, and bring hope and light in dark times. To her children, she was the sun on their backs and the rock in their worlds, and there was never a doubt that she was a “Mama Bear” standing behind them, always ready.

Susan was a teacher. After graduating from Saint Joseph High School in 1956 she earned both her Bachelor’s and Master’s degrees in education from Western Michigan University in Kalamazoo, MI, and an Educational Specialist degree from Eastern Michigan University, in Ypsilanti, MI. While studying for her first degree, she met Neal Sawyer from Elkhart, IN, and they were married in 1959. After graduation they began an adventurous time as Neal was a commissioned officer in the Army and spoke fluent Spanish, which took them to South and Central America. Over the next few years they lived in Panama and Bolivia, as well as North Carolina, California, and Maryland. Ever the multitasker, during this time Susan became a fluent Spanish speaker, raised three children, and continued to sew clothing for her family. On their return to Saint Joseph, she taught in the Benton Harbor Public School system for almost 30 years where she shared her passion for children’s literature, literacy, and reading. She also taught Children's Literature at Lake Michigan College. After retirement she continued to teach, working with friends and strangers sharing her love of quilting, rug hooking, spinning and the fiber arts.

Susan was a maker and a learner. She was in constant motion every waking hour, and her hands were always busy. Quilting was her particular favorite pastime; over the course of her life, she completed hundreds of quilts. She was an active member of numerous fiber arts groups including the Berrien Towne and Country Quilt Guild, Niles Hand Weavers, Lakeshore Rug Hookers, and a founding member of the Quilts of Valor, The Appliqué Society, and The Bridgman Quilting Bees. All of her children and grandchildren have quilts crafted by her busy hands. Having learned how to quilt and sew from her mother and grandmother, she was proud to know that several of her children and grandchildren learned to sew from her. Susan also enjoyed rug hooking, knitting, spinning, and dabbled in paper making, book binding, printmaking, and weaving.

But above all, Susan was a servant. She shared her energy and passion with her family and her community. She didn’t invent the motto “it is easier to ask forgiveness than permission”, but she certainly lived it when it came to helping others. She was an advocate of adult literacy, race relations, gender equality, and LGBTQ rights among a few. She sat on a number of local boards including the Twin City Symphony where she served as president. St. Augustine Episcopal Church in Benton Harbor was her spiritual home, and she was a Vestry member and active in the social life of the church. In the last weeks of her life, she was still receiving phone calls from church members that just needed someone to talk to. She always had a ready ear and a shoulder to cry on if needed.

Susan was preceded in death by her mother Ruth Reynolds, her father Robert Scott, her step sister Barb Reynolds, her great nephew Mike Story, and two husbands Neal Sawyer and George Schuler. Instead of referring to those that are left behind by her passing as “survivors” perhaps it would be more fitting to think of them as the germinating seeds of the sunflower that was her life, seeds spreading her love and passion. These include her super-husband Richard Russell, 3 children Keith Sawyer (Brigette), Andy Sawyer (Nita Nicholie), and Sara High (Ken), her sister Pat Anderson (Wayne Anderson), and step sister Kathy Camp. Special seeds in her life were her 8 grandchildren, Aaron, Zachary (fiancée Claire), Patrick, Rose, Kearra, AnnieRiurh, Alex, and Ryan, and 1 great grandchild Jayden. Her love was too big for one family and other seeds that she nurtured were the dozens of foster children, homeless kids, and children in need that she welcomed into her family. She will forever be shining her light on her Thursday quilt group, The Bridgman Quilting Bees, her Sunshine Girls Group, and the family of St. Augustine Episcopal Church.

If you met Susan, then she planted a sunflower seed in you, honor her life by nurturing your seed with kindness, love, and acceptance, and by learning, creating, making, teaching and above all, serving.

The family kindly requests that donations in Susan’s honor be made to either St. Augustine Episcopal Church Food Bank or to Caring Circle of Lakeland (Hospice). A memorial service will be celebrated at a later date. Arrangements have been entrusted to Starks & Menchinger Chapel, St. Joseph. Those wishing to send a condolence online may do so at www.starks-menchinger.com.
Read Less

Receive notifications about information and event scheduling for Susan

Print
A Celebration of Life Service will be announced in January 2021 Memorial donations in Susan's name may be made to St. Augustine's Episcopal Church Food Bank or Caring Circle of Lakeland Hospice

We encourage you to share your most beloved memories of Susan here, so that the family and other loved ones can always see it. You can upload cherished photographs, or share your favorite stories, and can even comment on those shared by others.

Posted Jan 04, 2021 at 12:39pm
I knew Sue more than 20 years ago when I lived in Bridgman and was a member of the Bridgman Quilting Bees. Sue’s cheerful face and welcoming manner are with me still. The Bees made quilt squares for me when my family moved to NY, and the resulting lap quilt is one of my treasures. I am still touched by Sue’s giving spirit. She is always with you. Gail Leonard 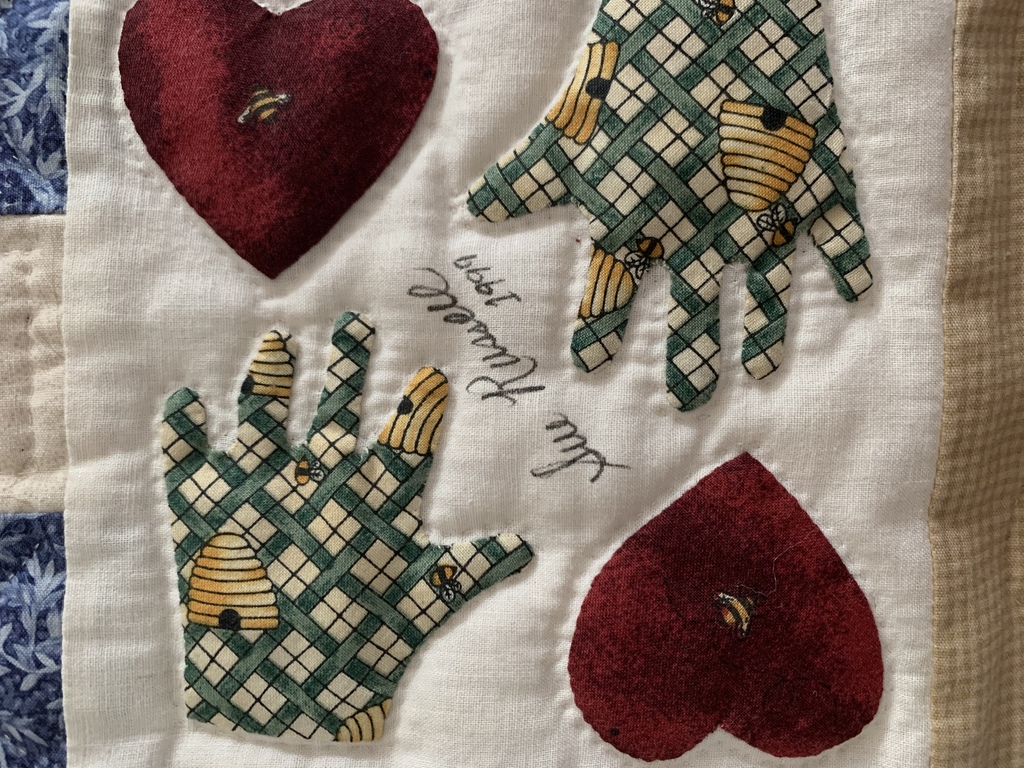 Posted Dec 29, 2020 at 10:27am
Our Zoom buddy and quilting sister is gone from us now. We weren’t ready for Sue to leave us. She left a hole in our hearts and an emptiness in the room. But, because of her extraordinary quilting skills, her kindness, her willingness to help and teach and nurture, her amazing knowledge of history and her story telling gift, Sue will live on in all of our hearts. She leaves a legacy of love and caring. Each day the gifts she brought to us will enhance our lives. We remember Sue with smiles and warm memories. And, even though we feel a loneliness...a sadness that comes to us with her passing, we remember the words of J.M. Barrie: “God gave us memory so that we might have roses in December.” May God bless and comfort the whole family as well as loving friends during these days of mourning and remembering. Cathy
Comment Share
Share via:
JD

Posted Dec 26, 2020 at 09:22am
The obituary for Sue is the most beautiful I have ever read in my life.
Though it was many years ago, Sue was a role model as we served our individual school buildings as union representatives. She recognized manipulation immediately, and skillfully called it out, all the while keeping a professional tone. Her communication skills were impeccable, and though she didn’t know it, she was teaching me. What a treasure to observe her, listen to her, understand her desire to be fair and equitable to all. Those lessons do not come from school, but are truly HIGHER education. Thank you, Sue.
To her family, she will always be with you. Beauty is all around you, see it each and every day; know that the universe was in Sue, and Sue was in the universe. Peace and love to you all.

Posted Dec 24, 2020 at 11:31am
It's with great sadness to realize we will never spend time with Sue again. She was always willing to teach a new technique, answer questions, help with solutions and just generally be a wonderful resource for any quilter that came to her for advice. I was also fortunate to join her and the others (for a short time) with the beginning of the Rug Hooking group. My deepest condolences to the family of Sue, she was a treasure and prepared you for all you have before you, you were loved.
Comment Share
Share via: 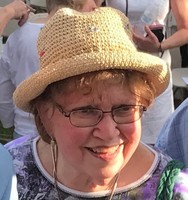 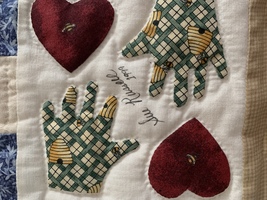