To share your memory on the wall of Stephen Brundage, sign in using one of the following options:

Even as a teenager, Steve was involved in the Detroit and Ann Arbor music scene, playing a wide range of musical styles, including electric rock guitar, acoustic blues, folk and R & B. He was in several Michigan-based bands, including JZ Terramine, Nick Neutron & the Holocatz, The Exquisites, the Jazz Rhythm & Blues Trio (JRB3) and the Toronto-based Soul Citizens. He also performed solo in New York City at several Greenwich Village clubs. After returning to Ann Arbor from Toronto, he was a manager for several years at the Second Chance music venue, which featured many of the hottest rock, punk, blues and R & B bands.

Steve’s work at the Ypsilanti Press inspired him to earn his bachelor’s degree in journalism from the University of Missouri-Columbia. He then moved to the St Joseph/ Benton Harbor area to work as a copy editor at The Herald-Palladium. He always managed to keep his musical career active by hosting open mic events and performing in various bands throughout Southwest Michigan. Most recently, Steve worked as a public relations specialist for the Arab News, the Saudi Arabian-based, in-house newspaper of the state-run oil company, Saudi Aramco. During his 10-year tenure there, he continued to gather musicians around him and make dozens of friends. He had wonderful stories to tell about playing acoustic music with friends out in the desert, late at night.

He met and married his love, Shirley Gast, and they spent many joyous times traveling much of the world. Steve especially loved Ireland and Amsterdam. In Ireland, he often joined in on many Celtic music "trad sessions" in Dublin pubs.

He was brilliant and gregarious, a talented musician, an accomplished newspaper man, an international public relations specialist and a wonderful husband, father, stepfather, brother, uncle and friend to many. He was a great man, and his death is a great loss to us all.

A private service has been held. A Celebration of Life will be held at a later date. Donations may be made to the Humane Society of Southwestern Michigan or to the Box Factory for the Arts, St. Joseph.
Read Less

The family has not designated a preferred charity at this time, however if you would like to make a donation to a charity of your choice, click here. You will be redirected to a donations website. Please note, donation tributes are not able to be captured on the Tribute Wall.

We encourage you to share your most beloved memories of Stephen here, so that the family and other loved ones can always see it. You can upload cherished photographs, or share your favorite stories, and can even comment on those shared by others.

Posted Jan 29, 2020 at 01:18pm
Shirley I was sorry to read about the passing of your husband Stephen. What an interesting person. So many people do not get the opportunity to live the life you did with him. You are in my thoughts.
Comment Share
Share via: 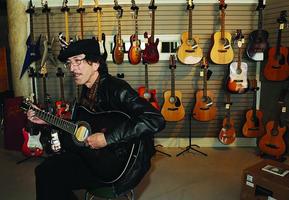