To share your memory on the wall of Sheila Collins, sign in using one of the following options:

Print
Sheila Mary (Peers) Collins was born in Bushey, Hertfordshire, England, on September 9, 1921 and died peacefully at her daughter’s home in St. Joseph, Michigan, on September 22, 2020.

Sheila was preceded in death by her beloved husba... Read More
Sheila Mary (Peers) Collins was born in Bushey, Hertfordshire, England, on September 9, 1921 and died peacefully at her daughter’s home in St. Joseph, Michigan, on September 22, 2020.

Sheila was educated at the Convent of the Sacred Heart Roehampton, near London. In the fall of 1938, she briefly attended a German run convent school in Tetschen, Czechoslovakia, as an exchange student. Coincident with Hitler’s intent to reclaim part of Czechoslovakia (the Sudetanland), German tanks and troops crossed the Czech border in early October. With the help of the local nuns, Sheila escaped on the last train out of the country and just ahead of the incoming German army.

After completing secretarial college, Sheila worked for several employers in the late 1930s including the well-known photographer to the royal family, Cecil Beaton. He often asked her opinion of photographs he had taken of the teenage Princess Margaret and Princess Elizabeth (now Queen Elizabeth II).
In 1942, at the age of 21, Sheila was “called up” and stationed in Cheltenham in the west of England where she served as secretary to Lt. Col. Person of the just-arrived U.S. Army Services of Supply Division. Her uniform, she was proud to say, displayed both British and American insignia.

In 1944, shortly following the retreat of the Germans from Paris, France, the English secretaries were transferred to Paris. Sheila met her future husband, a Captain in the U.S. Army Censorship Division, in Paris at a blind-date bridge game. It was in Paris that Sheila and Bill became engaged. She also made many life-long friends during the war.

Following the end of the war, Sheila was fortunate, owing to a last-minute cancellation, to obtain passage to America on the Aquitania. In less than 24 hours she obtained a visa, packed a single trunk, and was driven to Southampton. She and Bill were married on October 12, 1946 in Linthicum Heights, Maryland, with a reception at the home of Bill’s sister, Margaret Caskey.

In 1948, following Bill’s graduation from Harvard Law School, they moved permanently to Dallas, Texas, where they, with considerable help from Gladis Lewis, in whose name a scholarship for underprivileged minorities has been created at the Grace Christian School in Michigan, raised their six children: Michael, John, Bruce, Paul, Cathy, and Bryan.

Sheila was deeply involved in their education and sports activities and took on numerous roles in their schools--Dealey Elementary, Hillcrest High School, and St. Mark’s School of Texas-including leadership positions in the PTA and the Girl Scouts. After many years in Texas, and despite some concern about her obligation to “renounce all allegiance” to England, she proudly became a U.S. citizen.

Sheila was known for her calm and capable demeanor, easy laughter, and generous heart. Her passions were primarily her family's welfare, playing bridge, reading (often a book per day), and traveling. She furthered her love for travel by co-founding and working for All Aboard Travel Agency. She was perfectly suited to lead countless tours to her native England, to France, where she spent much of the war, and to many other European countries. As empty-nesters, Sheila and Bill travelled the world.

Sheila’s passion for the game of bridge led her to run all the Dallas bridge tournaments during much of the early 1970s. She also served as President of the Dallas Unit and of the Dallas District of the American Contract Bridge League. Sheila was a Life Master many times over and would often be found playing tournaments with friends who, after enough tournament wins, would themselves become Life Masters. She also played with and against many of the top players in the world, including one memorable game with Omar Sharif.

Sheila was loved and will be terribly missed by her family and friends. She is survived by her children and their spouses (Michael and Melissa Collins, John and Lori Collins, Bruce and Victoria Collins, Paul and Val Collins, Cathy and Dr. John Froggatt, and Bryan Collins and Dr. Stephanie Setliff), fifteen grandchildren, and five great-grandchildren.

Per Sheila’s wishes there will be a private family graveside service in Leonard, Texas where she will be buried next to Bill. Memorials may be made to the Gladis Lewis Scholarship Fund, Grace Christian School, 325 N M-140, Watervliet, MI 49098 or to the Salvation Army.
Read Less

Receive notifications about information and event scheduling for Sheila

Print
Per Sheila’s wishes there will be a private family graveside service in Leonard, Texas where she will be buried next to Bill. Memorials may be made to the Gladis Lewis Scholarship Fund, Grace Christian School, 325 N M-140, Watervliet, MI 49098 or to the Salvation Army.

We encourage you to share your most beloved memories of Sheila here, so that the family and other loved ones can always see it. You can upload cherished photographs, or share your favorite stories, and can even comment on those shared by others. 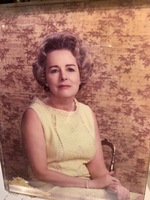 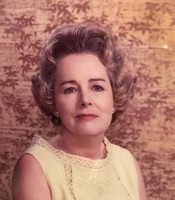