To share your memory on the wall of Scott Hill, sign in using one of the following options:

Print
“He was such a nice man! What a great guy! Don’t know anyone nicer! He had the best sense of humor!” These are the words of everyone who was lucky enough to know or even cross paths with Scott Hill.

Scott was born in St Joseph to ... Read More
“He was such a nice man! What a great guy! Don’t know anyone nicer! He had the best sense of humor!” These are the words of everyone who was lucky enough to know or even cross paths with Scott Hill.

Scott was born in St Joseph to Richard and Evelyn (Edinger) Hill on May 9, 1952. He died peacefully but unexpectedly in his sleep on Saturday, July 11 at home.

Scott started his career in the electrical industry at All Phase Electric Co. in Benton Harbor where he was branch manager for ten years. He then moved to Tennessee in 1982 to manage the Kingsport branch of All Phase. He and his long-time love and soulmate Kimberly Hatch were married in a little white clapboard church at the top of a mountain in Tennessee in 1984.

For a short period of time after returning to the St. Joe area, Scott became the District manager of All Phase Electric, an honor bestowed on him by Ron Kinney, President and owner of All Phase. However, Scott was drawn to the engineering, and design build aspect of the trade so he transitioned into that side of electrical construction.

Scott worked at both Beaudoin Electric and L.E. Barber. In 1994 he opened Hill Electrical Services Inc. as co-owner and President for the next 25 years. He worked at his profession with the knowledge, diligence and persistence of a man who loved his work. His innovation and dedication to his job is evidenced in many buildings in Berrien County including Andrews University Performing Arts Center and Hanson Hospice. Scott had a wealth of knowledge which he willingly shared with any and everyone who called upon him for help or assistance.

Scott had several major health issues, many rare and typically fatal. Each time he was told by doctors and specialists that he should not have survived. His final health crisis, a work-related fall down a perilously long flight of basement stairs ultimately contributed to his death. Six years of quietly persevering the debilitating and continuously deteriorating effects of his fall finally caused him to take his last breath on Saturday.

All who knew Scott are better off for having shared his corner of the world. He had a quick sense of humor and used to know a joke on any subject. His laughter was contagious and when you parted company you felt lighter and happier for having interacted with him.

Scott was a loving, patient father and a devoted soulmate. He was an open minded, non-judgmental man of integrity and honor. He was a tissue and organ donor who was still able to help someone after his death. We are all better people for having had the opportunity to share our lives with Scott Hill.

He was preceded in death by his parents Richard and Evelyn Hill, and his younger brother Rick Hill.

Private Family Services have been held. A Celebration of Life Service will be announced at a later date. Memorial donations in Scott’s name may be made to NORD-National Organization of Rare Disorders or to St. Jude Children’s Research Hospital. Those wishing to sign Scott’s Memory Book online may do so at www.starks-menchinger.com.
Read Less

Receive notifications about information and event scheduling for Scott

Print
Private Family Services will be held with a public memorial service announced at a later date. Memorial donations in Scott's name may be made to NORD-National Organization of Rare Disorders or St. Jude Children's Hospital.

We encourage you to share your most beloved memories of Scott here, so that the family and other loved ones can always see it. You can upload cherished photographs, or share your favorite stories, and can even comment on those shared by others.

I just read this today. My heart goes out to all of you in this great loss! Truly, Scott was a great man, and a blessing to us all. Please contact me. Love you both❤️ Sheri Coburn Bromley 269-208-0311
Comment Share
Share via:
JB

So sorry to learn of Scott's passing I have many fond memories of the "gang" hanging out at your house. He truly was a great guy and friend Our thoughts and payers for you and the rest of the family. Jim and Diane
Comment Share
Share via:
MD

Beyond being a universally nice guy, Scott was a man of his word. Prayers of comfort and great memories to you.

Posted Jul 17, 2020 at 01:23pm
Kim and Family in reading the memories that were written about Scott it made me think of this poem. Supposedly the author was Robert Louis Stevenson.

That man is a success who has lived wel!, laughed often, and loved much; who has gained the respect of intelligent men and the love of children; who has filled his niche and accomplished his tasks; who leaves the world better than he found it whether by an improved poppy, a perfect poem or a rescued soul; who never lacked appreciation of earth's beauty or failed to express it; who looked for the best in others and gave the best he had.
Comment Share
Share via:
R

Posted Jul 17, 2020 at 08:01am
Scott was truly a wonderful soul loved by all. We go back to Lincoln together. My deepest condolences to Kim and family. Bob Holmes
Comment Share
Share via: 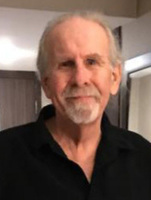