To share your memory on the wall of Rose Ellen McCourt, sign in using one of the following options:

Educated in a rural school, then a small town high school, she loved sports, including playing on the state championship basketball team in 1942. She graduated from high school at 17 and began her teaching career in a rural school. She continued to teach and attend college, graduating from Colorado State College with a Master Degree. Her summers were spent working in Yellowstone Park. Her 25 year teaching career led her to North Dakota, Montana, California, Massachusetts and Michigan, serving her last 15 years in Benton Harbor area schools.

She was a volunteer at the Readiness Center, Habitat for Humanity, Hospice and a Extraordinary Minister for the homebound.

Wintering in Arizona was a big part of her retired years, as was running. She competed in races including Senior Olympics though the age of 90.

Mass of Christian burial will be celebrated at St. Bernard’s Catholic Church, 555 Delaware, Benton Harbor, her parish for over 50 years, on Tuesday, November 10, 2020, at 11AM. Daily mass was an important part of her life as was keeping up her backyard grotto.

Memorial contributions may be made to Lake Michigan Catholic Schools, 915 Pleasant St., St. Joseph, the Readiness Center, 347 Catalpa Ave, Benton Harbor, or Birthright, 2700 Niles Ave., St. Joseph. Those wishing to leave an online condolence may do so at www.starks-menchinger.com. Arrangements have been entrusted to Starks & Menchinger Chapel & Cremation Services.
Read Less

Receive notifications about information and event scheduling for Rose Ellen

We encourage you to share your most beloved memories of Rose Ellen here, so that the family and other loved ones can always see it. You can upload cherished photographs, or share your favorite stories, and can even comment on those shared by others.

Posted Nov 11, 2020 at 08:10pm
We remember Rose Ellen as a gentle caring lady who loved her faith and practiced it. She had a lovely smile and a sincere interest in everyone she knew. In Bible study at St. Bernards's, she spoke with faith and clarity and we all listened carefully to her contribution to the discussions.
Rest in peace with the Lord, Rose Ellen.

Sorry to hear about the lost of your Mother. My prayers with all of you.

Posted Nov 09, 2020 at 08:28am
Kathleen: My sympathy to you on the loss of your Mother. You and your family are in my prayers.
Comment Share
Share via:
AM

Posted Nov 08, 2020 at 04:23pm
Aunt RoseEllen was such a beautiful, generous spirit always exuding class, strength and empathy for others. I loved hearing her family stories and seeing her appreciate all the joys life brought her. She will always be an inspiration to those lucky enough to have crossed her path. 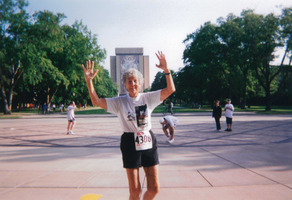