To share your memory on the wall of Ron Christopher, sign in using one of the following options:

Provide comfort for the family of Ron Christopher with a meaningful gesture of sympathy.

A private Celebration of Life Service will be held at Starks & Menchinger Chapel with Rev. Richard Kiser officiating. Private burial will follow at Riverview Cemetery, St. Joseph. A public Celebration of Life Service will be announced after the current health safety restrictions. Memorial donations in Ron’s name may be made to Hanson Hospice Center or Berrien County Cancer Service. Those wishing to sign Ron’s Memory Book online & view his service may do so at www.starks-menchinger.com.

Ron was born February 16, 1950 in St. Joseph to James Sr. & Rose (Jenkins) Christopher. He graduated from Benton Harbor High School, Class of 1969. On February 17, 1972, he married the former Darnell Davis in Benton Harbor. Ron was employed as a die-cast operator at Cast-Matic in Stevensville. Ron enjoyed spending time with his family and attending his granddaughter’s soccer games. He was an avid bowler and participated in many leagues at Blossom Lanes & Kelley’s Bowl. In his free time, Ron enjoyed fishing, camping, following Dale Earnhardt, Jr., attending races at US 131 & Osceola Dragstrips, rooting for the University of Michigan Wolverines, attending garage sales, and repairing lawnmowers for family & friends. Ron was known as a jokester, his pranks will be missed by all who were ever a recipient.

Receive notifications about information and event scheduling for Ron

We encourage you to share your most beloved memories of Ron here, so that the family and other loved ones can always see it. You can upload cherished photographs, or share your favorite stories, and can even comment on those shared by others.

Plant a Tree in Memory of Ron
Plant a tree
2 trees have been planted in memory of Ron L. Christopher Sr.
SP

Posted Apr 20, 2020 at 08:39am
Sending our sincere sympathy to you, Darnell, Heather, Ronnie (and your families). We have such special memories when we were neighbors. We look forward to seeing you when we can hug you. In the meantime, may you all feel the loving arms of Jesus wrapped snugly around you and carrying you through these days and weeks.
We love you!
Ed, Sheryl and Seth Paloucek
Comment Share
Share via:

Posted Apr 20, 2020 at 03:08am
Sending my love & condolences to you in the loss of your dear husband. I am praying for you and your family. Love you Darnell!
Comment Share
Share via:

Posted Apr 20, 2020 at 03:04am
Darnell, I am so sorry for your loss. I am praying for you & your family. You know you are very special to me & I pray for God to comfort you during this difficult time. Love you dearly.
Comment Share
Share via:
SA

Posted Apr 17, 2020 at 04:00pm
I knew Ron from soccer, Anastasia was 13 which is my oldest. Heather took me in as if I was family from get go. Her mom and dad also did the same Ron would pick on Maddie and give her candy. They took Ana camping with them and I would hear all about there fun they had. Ron you will be missed so very much. Thoughts and prayers go out to each and every one of you.
Comment Share
Share via:
SA

I forgot to mention that my husband mike also sat with us and the guys would laugh so hard and we would just look at them and smile. We had some wonderful times you will be missed so very much!
SA

I forgot to mention that my husband mike also sat with us and the guys would laugh so hard and we would just look at them and smile. We had some wonderful times you will be missed so very much!
RW 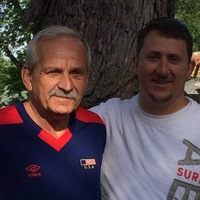 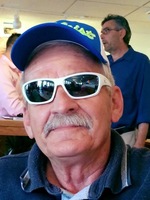 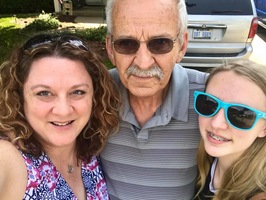