To share your memory on the wall of Roland Bowman, sign in using one of the following options:

Mass of Christian Burial will be celebrated Saturday, January 16th at 10:00am at St Bernard... Read More
Roland Harvey Bowman Sr., 81, of Benton Harbor, passed away peacefully after a long battle with MDS on Monday, January 11, 2021 in St Joseph, MI.

Mass of Christian Burial will be celebrated Saturday, January 16th at 10:00am at St Bernard’s Catholic Church, 555 E. Delaware Ave., Benton Harbor, with Fr. James Adams officiating. Burial will follow at St. Joseph Catholic Cemetery in Watervliet. Friends may visit with the family on Friday, January 15th from 5:00-7:00pm at Starks & Menchinger Chapel, 2650 Niles Rd., St Joseph. Memorial donations in Roland’s name may be made to Sts John and Bernard Catholic Church, Lake Michigan Catholic Schools or Caring Circle Hospice. Those wishing to sign Roland’s Memory Book online may do so at www.starks-menchinger.com

Roland was born April 29th, 1939 in Buffalo, NY to Daniel and Rolande Bowman. He grew up in New Jersey and served his country in the Air Force before settling in Michigan, where he worked for Volkswagen of America out of Grand Rapids. On July 8th, 1967 he married the love of his life, Carole Rita Culver at St John’s Catholic Church. They cherished 52 beautiful years together. His love for Carole was immeasurable, and he spent many years caring for her throughout her long battle with Parkinson’s while also battling cancer and MDS until her passing in June 2020.

After working for Volkswagen, he continued to work in the automotive parts industry and courageously attended college at the age of 51 earning an Associates degree before concluding his career and retiring as a bus dispatcher from Benton Harbor Area Schools. He was a lifelong and devout member of Sts John and Bernard Catholic Church and was also an active member of the Knights of Columbus. He was proud of the accomplishments of his children and grandchildren and was proud to have all four of his children graduate from college.

Roland was known for his unfaltering devotion to his family, which were his greatest pride and joy. He spent many hours with his children, grandchildren, and great-grandchildren. He enjoyed games with them such as horseshoes, bowling, chess, golf, badminton, and a much loved family card game known as “Pounce”. Roland loved playing games, but would never let you win. When you would finally beat him at a game, it was a huge sense of accomplishment, as you had to earn that win fair and square. He would proudly attend sporting events for his children and grandchildren and took pride in teaching them all how to drive when they came of age. Roland was a proud cancer survivor and took pleasure in sharing his journey with others. He loved to travel and would never sleep the night before a trip. His favorite trips included seeing Italy, and visiting family in New Jersey.

He was preceded in death by his beloved wife, Carole, his parents Daniel and Rolande, his brother John, and sisters Danielle Ackerman and Jacqueline Bowns.
Read Less

Receive notifications about information and event scheduling for Roland

We encourage you to share your most beloved memories of Roland here, so that the family and other loved ones can always see it. You can upload cherished photographs, or share your favorite stories, and can even comment on those shared by others.

3 trees were planted in the memory of Roland Bowman

3 trees were planted in the memory of Roland Bowman

Posted Jan 13, 2021 at 08:52am
So very sorry for your loss... I always enjoyed the big family get togethers at Mary's. My deepest condolences to the family....
Comment Share
Share via:
RJ

Posted Jan 13, 2021 at 07:03am
Greetings to Roland's Family & friends! I knew and Ministered to him for twelve (12) years at SS John & Bernard Parish. He was a good man & a good friend!. I was impressed by his participation in various activities - a very loyal & active member of the Knights while I was there. I will offer a Mass for him & know that I will continue to remember him in my thoughts and prayers.
I'm so very pleased that he was a part of my journey.
His former pastor,
Father Bill Jacobs
SS John & Bernard Parish
Comment Share
Share via:
W

Farewell my friend I just wanted to say thank you for being my friend and hopefully I will see you again and heaven. I will always remember you my friend. Rest Well 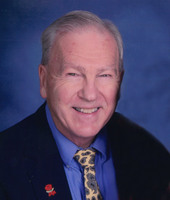