To share your memory on the wall of Robert Putnam, sign in using one of the following options:

Bob was born on August 1, 1960, in Euclid, OH, to Charles “Charlie” & Gladys “Louise” (Niederhiser) Putnam. He attended St. Joseph High School where he played on the baseball team and graduated in 1978. Following high school, Bob continued not only his education but also with his passion for baseball by attending Tennessee Tech and then Kalamazoo Valley Community College. Bob would finish his college career at Western Michigan University in 1984 where he earned his bachelor’s degree in business. While at WMU, Bob met the love of his life, Lori Mayle. The two spent nearly a decade learning and growing, both together and individually, before getting married on July 7, 1990 at St. Joseph Catholic Church. They welcomed their first daughter, Megan, in 1991 soon followed by Emily in 1993. Bob was incredibly passionate about sports. This led him to open Pro Image, a sports memorabilia store, in Portage from 1992-2006. Even after he closed his store, he continued to hold on to and collect hundreds, if not thousands, of baseball cards. Around 2010 he began working as a driver for Fed-Ex. Bob’s first true love was sports. He was by nature a quiet soul, but he could spend hours chatting with a stranger spewing SportsCenter’s newest updates or random statistics from decades prior. Although he was a sports fanatic, he never wavered in his support for all the Detroit teams or The Ohio State Buckeyes. Bob also enjoyed watching and playing golf. A favorite time in his life was when he and his dad were able to walk the course at Augusta National Golf Club during the Master’s practice rounds.

One of his most distinguishing characteristics was his hard work ethic. A common saying of his being ‘If your 10 minutes early, you’re late’, which he instilled in his daughters making certain they grew up with the same hard work ethic. Bob was also incredibly helpful, whenever anyone needed something, Bob was always there. His work ethic, devotion to his family, and personal sacrifice were unmatched and admired by many. However, his biggest pleasure in life was sharing the athletic, academic, and personal successes of his two daughters and son-in-law. His newest pride and joy was being “Papa” to his nine-month-old granddaughter, Lucy. Bob’s unique and colorful sense of humor will truly be missed by all who knew him.

Posted May 15, 2021 at 08:17pm
So sorry to hear about Bob. I went to school with Bob and remember him as always being a kind person. Prayers of comfort to family
Comment Share
Share via:
GE

Posted May 15, 2021 at 05:20pm
We are so sorry to hear about your loss. May Bob's essence be remembered and shared through continued family traditions. Lori, may peace be with you and your family during this difficult time. There is always light at the end of the tunnel.
In Peace & friendship --Gail & Bill Emery
Comment Share
Share via:
RD

Posted May 13, 2021 at 01:05pm
My thoughts and prayer are with you. I am so sad to hear of Bobby's passing. I'm sure Ron will be greeting Bobby with open arms at the gates of heaven.

So glad to see your post Rene. I knew Ronnie well back in my college days. Bobby was our common bond. We all had more fun than was humanly possible together. From Keene Taylor, Bob's longtime high school bud, college roommate and eventual brother in law. There's some comfort knowing BJ and Ronnie are together again.
JR

I'm so sorry to hear of your loss.
Bobby was a good friend who will be missed by many.
He will always be my favorite Buckeye.
RIP my brother, love you.
Comment Share
Share via:
KH

Posted May 13, 2021 at 09:27am
Our thoughts and prayers go out to you Lori and family🙏 We are so saddened to hear of the loss of Bob. God Bless you all at this time 💖 kathy & Steve
Comment Share
Share via: 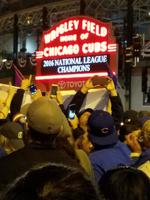 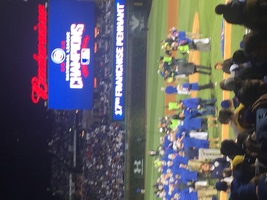 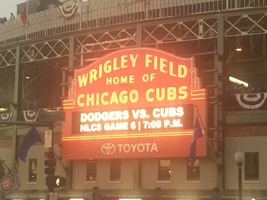