To share your memory on the wall of Robert Hinz, sign in using one of the following options:

A Celebration of Life Service will be held 4:00 P.M. Sunday, July 19 at Starks & Menchinger Chapel, 2650 Niles Rd., St. Joseph, with Rev. Adam Bohland officiating. Graveside Military Rites will be conducted 10:00 A.M. Monday at North Shore Memory Gardens by Stevensville American Legion Post #568. Friends may visit with the family from 2:00 P.M. until 4:00 P.M. Sunday at the funeral home. Memorial donations in Bob’s name may be made to Zion Ev. United Church of Christ, St. Joseph. Those wishing to sign Bob’s Memory Book online may do so at www.starks-menchinger.com.

Bob was born June 15, 1937 in St. Joseph to Edward & Josephine (Kamber) Hinz. In his youth, bob enjoyed spending time at the family cottage on Paw Paw Lake, fishing and waterskiing. He graduated from St. Joseph High School, Class of 1955, and enrolled in the United States Navy, serving for two years. On July 8, 1961, he married the former Melissa Ann Sundblad in St. Joseph, just celebrating fifty-nine years of marriage. Bob was a hard worker, and had many jobs including Modern Plastics, Dynac, and finally retiring from Auto Specialties Co. in St. Joseph. He had a special passion for cars, and had many through the years. Along with his German Heritage, he enjoyed Polka music & Polka dancing. Bob enjoyed traveling and camping on family vacations when his children were younger. Bob was a loving husband, father, grandfather, and just a good, hardworking man. He enjoyed walking, watching sports, fishing, flea markets, and an occasional instant lottery ticket. He was always willing to help someone in need and truly enjoyed talking in the company of others.

Posted Jul 20, 2020 at 10:54am
Melissa, Julie, Cheryl, Robin and Michael - I was so sorry to hear of Bob's passing. I had every intention of coming over to Stark's yesterday for family visitation to represent the Adent/Omweg family, but was suffering from a horrible migraine.
I remember from our childhood times together Bob always being on the quiet side - never much to say - just a quiet presence in a room. :)
I'm sorry I couldn't come and show our support from mom and I. I'll have to tell her that I didn't make it - she'll was excited when I told her I would be there. There's not too many in the area from mom's immediate family that can go in her place, but me. So, I try to go as often as I can.
Much love,
Linda (Adent) Johnson and Carol
Comment Share
Share via:
SR

Posted Jul 20, 2020 at 08:46am
Julie, so sorry to hear of the loss of your father.... My deepest condolences to your entire family.
Comment Share
Share via:
L

Posted Jul 20, 2020 at 08:12am
Our deepest sympathy to the Hinz family
So sorry we were unable to be there. You
Are in our thoughts and prayers.
Linda and Gordon Reay
Comment Share
Share via:
A(

Posted Jul 19, 2020 at 08:25pm
Bob was a very good neighbor and friend who would go out of his way to help. You will be missed Bob
Ann (Darling) Hudson
Comment Share
Share via:
LS

Posted Jul 18, 2020 at 07:04pm
Bob has been a great Brother-in-law, he has taken great care of my sister through some very difficult times.
He has been a good father to 4 children, and he will be missed. 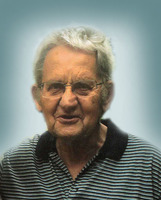