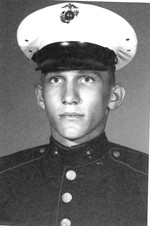 Memorial contributions may be made to Animal Aid or Humane Society of Southwestern Michigan. Those wishing to leave an online condolence may do so at www.starks-menchinger.com. Arrangements have been entrusted to Starks & Menchinger Chapel & Cremation Services.

Bob was born on June 26, 1946, to Robert & Helen (Herrmann) Hamm in Chicago, IL. He graduated from Lyons Township High School in Lagrange, IL in 1963. Bob then enlisted in the United States Marine Corp and served during the Vietnam War before he was honorably discharged in 1969. Returning from the service, Bob continued his education at the University of IL where he earned his Bachelor’s in Engineering in 1972. On January 25, 1969, Bob married the love of his life Mary Boskovsky in Brookfield, IL.

Bob was a member of the Civil War Round Table and often traveled to Civil War historical sights. He also enjoyed tinkering with computers.

Bob was preceded in death by his parents.