To share your memory on the wall of Richard Weschgel, sign in using one of the following options:

Print
Richard Weschgel, 63, of Watervliet, passed away on Tuesday, December 8, 2020 at his home in Watervliet. He was born in Benton Harbor on October 12, 1957 to Robert and Helen Weschgel.

The family will receive guests from 10:30am until ti... Read More
Richard Weschgel, 63, of Watervliet, passed away on Tuesday, December 8, 2020 at his home in Watervliet. He was born in Benton Harbor on October 12, 1957 to Robert and Helen Weschgel.

The family will receive guests from 10:30am until time of celebration of life service at 11am, Monday, December 14, 2020 at Starks & Menchinger Chapel, 2650 Niles Rd., St. Joseph. Burial to follow at Northshore Memory Gardens, Coloma. In lieu of flowers, memorial contributions may be given to the Salvation Army www.salvationarmyusa.org.

Richard attended BHHS and graduated in 1976. He went to Lake Michigan College and studied journalism. Richard loved his music and piano and was a member of the Salvation Army Church in Benton Harbor. Later in life, he became disabled due to a traffic accident. Even after the accident he continued to spread God’s word through service and music.

Richard is survived by his sister, Debbie (Herb) Kroening. He was preceded in death by his parents, Robert and Helen Weschgel; and his brother, James Weschgel.
Read Less

Posted Dec 09, 2020 at 09:16pm
Hi Debbie, you & Herb have my deepest condolences. Live in Alabama now, wont be able to attend. Richard was a character, when we were in Junior High Orchestra. Always made us laugh. He could play that stand-up Bass. Love ya Debbie.
Comment Share
Share via: 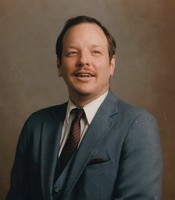