To share your memory on the wall of Richard Wales, sign in using one of the following options:

Print
Richard Nels Wales, 73, of St. Joseph, Michigan passed away peacefully on Sunday, December 20, 2020 at his home in St. Joseph.

Richard was born December 23, 1946 in Stambaugh, MI to Ernest and Gladys (Shoquist) Wales. “Dickie” graduated from Iron River High School in 1965, and attended Andrews University. He met and married Sherry Zummach in 1968 and they enjoyed 52 happy years together. Richard was a proud veteran, who served with the United States Army from 1970-1972. Richard was the owner of Dick Wales Construction Company for many years. For the past decade, he was the Director of Construction for The Villas at the River until his retirement in 2016. In his free time, Richard enjoyed the outdoors especially the Upper Peninsula of Michigan; hunting and fishing and watching the waves on Lake Michigan. He was an enthusiastic Green Bay Packers fan, however his greatest joy was his family; more than anything, his grandchildren.

Richard will be deeply missed by his wife, Sherry Wales; his children, Shawn Wales, and Tina (Charley) Shasky; his grandchildren, Lillian and C.J. Shasky; and his brother, Robert (Janine) Wales; his sister-in-law, Janet Wales; many nieces and nephews; and his many friends. He is preceded in death by his son, Richard Wales, Jr., his brother, Dennis Wales; and his parents, Ernest and Gladys Wales.

A celebration of Richard’s life will be held at a later date. In lieu of flowers, memorial contributions may be given to Caring Circle Hospice.
Read Less

Posted Dec 28, 2020 at 11:39am
Sherry - Dick built our home on Wyndwicke Drive in 1992. It was a tremendous blessing to work with a builder of such high integrity. Prayers of comfort and great memories to you and your family.
Sincerely, Mike Damschroder
Comment Share
Share via:
JC

Posted Dec 24, 2020 at 08:20am
We admired Dick for his never failing smile and encouragement even though he was hurting. Prayers for peace and encouragement for his family during this challenging time. We will miss you!
Comment Share
Share via:
MB

Posted Dec 23, 2020 at 12:41pm
Sorry to hear about Dick's passing. I went to work for him
in 1976 after school got out. he picked me up every morning
and took me to the apartments he was building in Michigan city.
he was a great guy to work for and took me to lunch with everyday.
he came to me on the job site about 2 weeks before school was about
to start. he said I'm sure going to miss you when you go back for your senior year.
I said you wont miss me. I'm not going back , I'm staying here.
he looked at me and said well the day school starts your fired.
I'm not going to be the reason you drop out. he said come back when you graduate.
that was the best thing anybody did for me. R.I.P. Dick
Jeff Mohn
Comment Share
Share via: 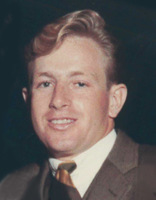