To share your memory on the wall of Richard Klug, sign in using one of the following options:

The wait for Richard Rynold Klug is over. God graciously ended his earthly life December 8th, 2020. This life began February 23, 1926, in Sodus, Michigan, when he was born into the farm family of Herman and Bertha (Jantz) Klug. After marriage to Joyce Young on April 22, 1950, the couple eventually settled on a small farm in Sodus. For a livelihood, Rich worked for Whirlpool Corporation for 37 years, supplemented by commercial fruit farming. After retirement he and Joyce settled in rural Eau Claire. He enjoyed the lands where God placed him and he continued to garden, hunt, fish and glean the fields of family and friends until the end.

As a citizen Rich served two tours in the US Army and as an elected constable for Sodus Township. As a child of God he was a lifelong member of St. Paul Lutheran Church in Sodus and served on several of its boards and committees. Immediate family members who preceded him in death, besides his parents, are brothers and sisters: Herbert, Elsie, Emma, Anna, Hertha, Edward, Helen, Leonard, Arnold and Dolores. Besides his wife, Joyce, a brother, Walter and his wife, Eleanor, survive. Four children, Stella Strasser of Steyr, Austria, Rick (Rachel) Klug of St. Joseph, Ron (JoAnn) Klug of South Haven and Cynthia (Ron) Kucharzyk of Stevensville remain, together with 11 grandchildren and 16 great grandchildren. Numerous nephews and nieces, many still living in the region, also survive.

Starks Family Funeral Homes is assisting the family. Cremation has taken place and a memorial service is still being planned. It was Rich’s desire that any memorial donations be made to Michigan Lutheran High School or St. Paul’s Lutheran Church of Sodus. Those wishing to leave an online condolence may do so at www.starks-menchinger.com.
Read Less

Posted Dec 13, 2020 at 08:22pm
Joyce and family,
So very sorry to hear of Rich’s passing praying for comfort for all of you! Rejoicing that he is in such a better place free from the struggles of this world!

Posted Dec 12, 2020 at 10:56am
To all of the Klug family our sincere sympathy and condolences to all. He was very blessed to have a wonderful life and family.
God Bless,
Joanne (Meister) Lewis and family
Comment Share
Share via:
M

Posted Dec 10, 2020 at 11:05am
We wish to offer our sincerest condolences to you and your family. My memories of the times I spent growing up with Rick, Ron, and Cindy ( playing baseball, ice skating, or just hanging out) always brings a smile to my heart. May God bless you and give you comfort. Alan and Orla Mileski
Comment Share
Share via:
BL

Posted Dec 09, 2020 at 07:29pm
Ron and JoAnn, Rick and Rachel, so sorry to hear about the passing of your father. May the Lord give you strength at this most difficult time. My thoughts and prayers are with you. Barb Lange
Comment Share
Share via: 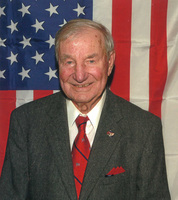