To share your memory on the wall of Richard Joseph, sign in using one of the following options:

A memorial graveside service will be held at a later date. Memorial contributions may be made to Caring Circle or American Legion... Read More
Richard H. “Papa Joe” Joseph, 93, of Benton Harbor, passed away at his home on Tuesday, March 24, 2020.

A memorial graveside service will be held at a later date. Memorial contributions may be made to Caring Circle or American Legion Post 105. Those wishing to leave an online condolence may do so at www.starks-menchinger.com.

Richard was born on June 10, 1926, to Edward & Hortense (Vinez) Joseph, in Cuyahoga, OH. He joined the U.S. Navy on October 19, 1943 and proudly served his country as an Aviation Machinist for three years before being honorably discharged in June of 1946. After the service, Richard went to work for Railway Express as a Railway Machinist for over 16 years and was transferred to Benton Harbor in 1948. When Railway Express went out of business, he then worked as a Lieutenant for Benton Township Fire Department for more than 20 years before his retirement in 1980. Richard then moved to Florida where he and his best friend Dave Brady formed a close bond and had a business building carports and screen rooms. Due to declining health, Richard moved back home to Benton Harbor in 2012. On his 90th birthday, he earned his high school diploma from Benton Harbor High School and walked with the class of 2017. Richard was a proud member of American legion post 105.

Print
A memorial graveside service will be held at a later date. Memorial contributions may be made to Caring Circle or American Legion Post 105.

Posted Mar 29, 2020 at 02:13pm
Barb, We are so sorry about Joe's passing. We know he is now at peace! Our thoughts and prayers are with you! '
With sincere condolences, Dan and Sue Fortenbacher
Comment Share
Share via:

Posted Mar 27, 2020 at 04:44pm
Barb, so sorry to here about Joe. know that you are in are prayers. Larry and Deb Snodgrass
Comment Share
Share via:
JC

Posted Mar 27, 2020 at 02:56pm
So sorry for the Loss you all are going through. Keeping each and everyone of you in my prayers. Love you all , Joyce Champion
Comment Share
Share via:
RG

Posted Mar 27, 2020 at 12:08pm
We always called him Joe Joseph back in 1956. He was close friends with my step dad Angelo Cozzolino. Any time we needed his expertise with mechanical or electrical work, he was always willing to help. When he found out I helped him with a project with Angelo at Subco Products in Benton Harbor, he made me a trailer for my golf cart. He also did electrical work for our home in Stevensville. Our prayers are for his family and Joe. May their memories of Joe bring them comfort during this sad time.
Comment Share
Share via:
D

Posted Mar 27, 2020 at 09:50am
We are sorry to hear of Richards passing. My sister's and myself went to school with some of the kids. May God provide your families with much comfort during this time. Donna Loewen Lippert and Diana Loewen and Marcia Loewen Erb. 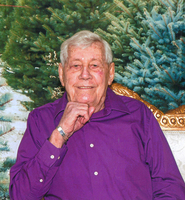 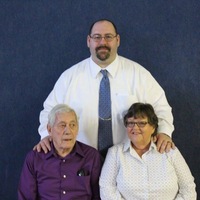