To share your memory on the wall of Reinhard Lippert, sign in using one of the following options:

Due to the Governor's extended Stay at Home order, private family service will be held and a public service will be held at a later date. Memorials contributions may be made to Trinity Lutheran Church, 619 Main St., St. Joseph, or the Alzheimer’s Association, 200 Turhill Dr. Suite 6 Kalamazoo, MI 49008. Those wishing to leave an online condolence may do so at www.starks-menchinger.com.

Reinhard was born on May 20, 1938, in Wincentuwka, Poland to Robert & Ida (Rein) Lippert. His family left Bremerhaven, Germany and arrived at Ellis Island on December 13, 1951; he was only 13 years old. His family was sponsored by the Arthur Kublick family in Sodus. Reinhard’s family arrived at the Niles train station in 1951 from New York and their first home was on River Road in Sodus, which was right across the street from the Kublick Farm. Reinhard became a citizen of the USA in the 1960’s.

Reinhard left school in the ninth grade to go to work in order to support his family who were too proud to go on public assistance. He was very proud to earn his GED at the age of 62 from Lakeshore Adult Education.
He proudly served his country in the United States Army from 1961 to 1963 before being honorably discharged. He met General Westmoreland and was asked if he would like to serve his country over at Check Point Charlie in Berlin, Germany. Reinhard unfortunately refused because his new life was with his family in Michigan.

During his life he helped build many homes in St. Joseph and Benton Township areas working for Arthur Kublick Builders. He also assisted Karl Gollnast of Bridgman on several remodeling projects.
He also worked for Voice of Music, General Consolidated in Glendora, CA, Kaywood Products and Sun Coast Packaging and ABC Precision Machining.

On October 30, 1999, he married the love of his life Donna J Lippert. The ceremony was performed by Pastor Tom Batsky of Trinity Lutheran Church in St. Joseph Michigan.

He was a member of the Stevensville American Legion, an Honorary Member of the St Joe Kickers Sports Club, and a 40 year member of Dank National in Chicago Illinois. He was President of the local BH/ST JOE Dank #13 chapter in 1995 where he met Donna. From there the relationship transpired. He played soccer at the age of 46 at the St Joe Kickers Sports Club where his team took 1st place in 1984.

Reinhard was also a former member of The Russians from Germany Club in St. Joseph and was involved in the Lakeshore Jaycees while his daughter Julie attended Lakeshore High School. In 2011, Reinhard was awarded a Special Tribute from Governor Rick Snyder, John Proos, Fred Upton and Al Pscholka for being in the United States as a proud German-American for 60 years. He also received a Good Conduct Medal.

Reinhard enjoyed hunting and was know for his hard work, always making sure the job was done quickly and efficiently. He passed that way also.

Preceded in death by his parents; grandson Luke Hoge who passed away in 1997; siblings Gerda, Gerhard, Horst and another sibling who passed away in Poland/Germany as a baby. Their name and age is unknown.
Reinhard’s family is encouraging individuals to share their photos on the funeral home website.

Receive notifications about information and event scheduling for Reinhard

We encourage you to share your most beloved memories of Reinhard here, so that the family and other loved ones can always see it. You can upload cherished photographs, or share your favorite stories, and can even comment on those shared by others.

Posted Aug 26, 2020 at 09:22pm
Sorry for your loss. Our sincere condolences. DANK Clubhouse was so lucky for his time, attention and care.
Cecilia Burke Seabury and family.
Comment Share
Share via:
MS

Posted Jun 29, 2020 at 09:51pm
Donna and family,
We are so sorry for your loss. Reinhard was special and much loved. His love for you was very obvious; you took such good care of him. He always had a smile, a joke or a story whenever we would see you two. Al and Gary T. and Reinhard having worked together for years would laugh and talked, enjoying their shared memories whenever they met up. It's good we moved to Texas last year as Berrien County won't be the same without the two of you to run into everywhere we go. You and yours are in our thoughts and prayers. Peg & Al
Comment Share
Share via:
JS

Posted Jun 01, 2020 at 02:21pm
Cousins, many condolences for your loss, Rein was always such a joy to talk to, and had such great stories. You will be in my thoughts and prayers.
Comment Share
Share via:

Posted May 29, 2020 at 03:14pm
Reinhardt will be greatly missed. Sending love and condolences to the family. 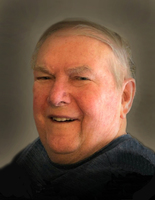 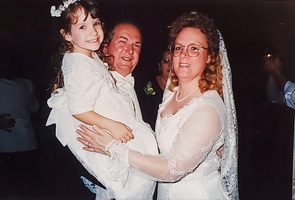 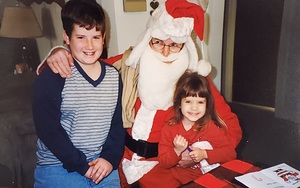 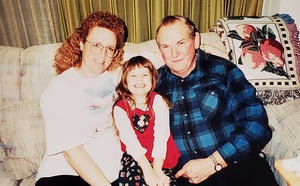