To share your memory on the wall of Phillip Harte, sign in using one of the following options:

A Celebration of Life Service will take place on Friday, February 28, 2020 at 10 AM at Starks & Menchinger Chapel, 2650 Niles Rd., St. Joseph, with Pastor Marlo Fritzke officiating. Burial will follow at North Shore Memory Gardens in Coloma. Friends may visit with the family on Thursday, February 27, from 5 PM until 7 PM at the funeral home. Memorial contributions may be made to The Humane Society of Southwest Michigan. Those wishing to leave an online condolence may do so at www.starks-menchinger.com.

Phil was born on June 24, 1963, in St. Joseph to Oliver Ames & Susan (Anderson) Harte. He grew up with his six brothers and eventually would grow to include three more wonderful women; his second mother, Barbara and sisters, Tracey & Laura Spencer. He graduated from St. Joseph High School. In 1995, while working at Lake Michigan Mailers, Phil walked into work and met Laurie Gnagi. The two went on a few dates and he knew he had met his soul mate. On April 25, 1998, Phil married Laurie, the love of his life. From a young age, Phil always had a passion for drawing. He took a number of art classes at various places such as The Chicago Institute of Art, Western Michigan University, and Columbia College Chicago. Phil had a number of sketch pads filled with his creative drawings he designed or ones his nieces and nephews helped him create. He also enjoyed playing games of all types. Every Tuesday, Phil & Laurie would host game night at their house, while many games were played the main focus would be Dungeons and Dragons, with Phil being the DM (Dungeon Master).

When he wasn’t spending time with his brothers, enjoying game night or hanging out with his nieces & nephews, Phil would be riding his bike. Always decked out in his red and black biking gear, he would ride for hours through downtown, along the beach, and basically anywhere with a paved road. When the weather wasn’t ideal for outdoor biking he would simply hop on his stationary bike he had inside. Phil was an intelligent man, who always had a witty comeback for everything. If anyone’s opinions were different from his, he would respect it but then list all the ways it’s wrong and he’s right. His love for animals, kindness, humor, and huge heart will be missed tremendously by everyone.

Receive notifications about information and event scheduling for Phillip

We encourage you to share your most beloved memories of Phillip here, so that the family and other loved ones can always see it. You can upload cherished photographs, or share your favorite stories, and can even comment on those shared by others.

Posted Mar 09, 2020 at 06:00pm
Phil was always a kind and gentle person and a great lover of animals. I always enjoyed the conversations we had on any subject when he visited with a pet. He certainly expanded my knowledge in a number of areas and my retirement meant my learning curve dipped. God bless you Phil.
Dr Patrick Almus
Comment Share
Share via:
ES

Posted Feb 26, 2020 at 06:03pm
I first met Phil at Lake Michigan College in January of 1985. I had just switched majors to journalism and met Phil where we both worked for the college newspaper, The Journal. While there, we had many wacky and madcap adventures, which I will never forget; and neither will the administration. He introduced me to some great music, British comedies, and much more. I will never forget how he would delight in tormenting, with good humor, our late friend Fred Jung, with his wit and intelligence. Thank you Phil for all the great memories. Rest in Peace my friend.
Comment Share
Share via:
AJ

Posted Feb 25, 2020 at 04:29pm
"Phillip Harte" will remain in our hearts forever. This tree will keep him outside riding that bike forever.

Posted Feb 25, 2020 at 04:28pm
Phillip was intelligent, witty, and opinionated........from childhood. He truly was an original person; he copied no one and was his own person. I loved talking with him and wish that I had spent more time with him because I enjoyed every moment we ever spent together whether skiing in Michigan, Vail, or Aspen, at Road America watching the races, at the beach, or drinking beer. I was lucky to know Phil since he was a little kid and to watch him grow up into the fascinating person that he became. Rest In Peace.
Comment Share
Share via: 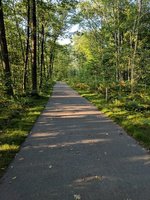 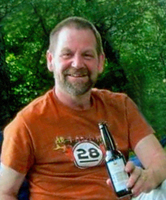 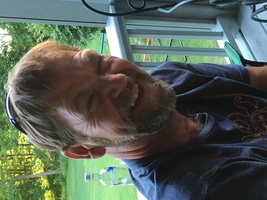 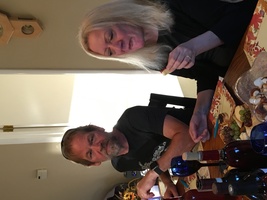