To share your memory on the wall of Philip Peden, sign in using one of the following options:

Print
Philip Peden, 85, of St. Joseph, MI passed away Friday, February 7, 2020 at his home, surrounded by his family.

A Celebration of Life Gathering will be held from 6:00 P.M. until 8:00 P.M., Tuesday, February 11, 2020 at Starks & Menchinger Chapel and Cremation Service, 2650 Niles Rd. Memorials may be made to Caring Circle Hospice or donor’s choice. Those wishing to share a memory of Philip online may do so at www.starks-menchinger.com

Philip was born April 11, 1934 in Takoma Park, MD to Merle & Viola (Schoonard) Peden. Philip graduated from Emmanuel Missionary College Academy in 1953. He served his country in the United States Army from 1956 until 1958 during the Korean War. On November 14, 1959 he married Carol Ann Stenske in St. Joseph. Philip worked for Whirlpool Corp. until retirement and then as a chauffeur for many years. Philip was a Charter boat skipper and loved fishing and telling fish stories at the dock. He spent winters in South Florida where he loved to surf fish. He also loved camping, growing his flowers and spending time with his family especially his grandchildren.

We encourage you to share your most beloved memories of Philip here, so that the family and other loved ones can always see it. You can upload cherished photographs, or share your favorite stories, and can even comment on those shared by others.

Posted Feb 17, 2020 at 02:08pm
Carol, we are saddened to hear about Phil. Our deepest sympathy to you and your family.
Carl and Joy Powley
Comment Share
Share via:
SC

Posted Feb 12, 2020 at 10:09pm
Dear Peden Family, My husband, Eldon Collier, and his sister-in-law, Mary Ellen Collier, widow of his brother Larry, were there last night. They didn't see any familiar faces but spoke with Carol. Eldon and Larry used to run around with Phil and Don and also Don's ex-wife Ann. Eldon and Mary Ellen have lost touch with Ann. She came to an Andrew's Academy reunion a few years ago and was exchanging Christmas cards with Mary Ellen until a couple years ago. Would you be able to give us any information regarding her? You can contact us through my email, sueatme@comcast.net. We are sorry for your loss and we all know that going down in that manner is such a sad experience. May God bless you as you grieve and carry on. Sue Collier
Comment Share
Share via:
KR

Posted Feb 10, 2020 at 01:07pm
I was very saddened to hear of Capt Smoke's passing, I enjoyed his many stories. Our deepest condolences to his family.
Comment Share
Share via:
DF

Posted Feb 10, 2020 at 08:41am
SO SORRY TO HEAR ABOUT CAPTAIN PHIL'S DEATH. A GREAT GUY THAT NEVER KNEW A STRANGER. OUR CONDOLENSES TO THE FAMILY. DENNIS AND KAREL FINCH
Comment Share
Share via:
NH

Posted Feb 09, 2020 at 02:02pm
Peden Family, We are saddened to hear about Phil. I know he will be greatly missed. We hope your family memories of holidays and family gsthetings brings you comfort. Nancy, Chris, Karlee, Aaron and Brooks
Comment Share
Share via: 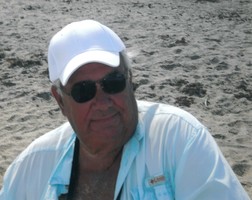