To share your memory on the wall of Patricia Johnson, sign in using one of the following options:

Patt was born in New Orleans on September 5, 1931 to Dr. Guy and Louise Seymour where “Doc” was stationed. She grew up in Colfax, IL until the family moved to Mattoon, IL in 1946. As a gifted vocalist and pianist, she attended MacMurray College of Music her first year and then transferred to University of Illinois where she became a member of Alpha Chi Omega Sorority, Sigma Alpha Iota Music Honorary, the Panhellenic Board, the Oratorio Society, and the Concert and University Chorus. While completing her Bachelor of Arts in Music degree, she met and fell in love with William “Bill” Johnson, her soulmate. After a courtship full of dances, trips to Steak and Shake, and moonlight walks through campus, among other shenanigans, they wed on August 8, 1954.

In 1956, they moved to St. Joseph where Bill was hired by Whirlpool and eventually Heath Company. Three children came next: Kristin, Sally and Steve. As a busy mom, Patt stayed active in her community and found ways to continue her love of music and service through the arts and with many organizations, including the Twin City Panhellenic, Twin City Players (lead roles as Marian the Librarian in Music Man and Sarah Brown in Guys and Dolls) and Monday Musical. In 1967, the family moved to sunny California where “Daddy Bill” worked for CBS’s Music Division. While there, Patt helped organize the Cal State Fullerton Alpha Chi Omega Chapter. Upon returning to St. Joe in 1971, she joined Women’s Service League, becoming President, and served as a judge for the Miss Jr. Miss Pageant. She had a passion for volunteering and served on the Lakeland Hospital Auxiliary board for many years, as the Gift Shop treasurer and buyer, and then Vice-President and President of the Auxiliary. She loved being at the hospital and cherished the friends she made during that time. She was involved in many activities and boards at the First Congregational Church and held the position of Moderator for two terms.

Above all, she truly loved and enjoyed being a wife, mother and grandmother (“Mimi”). She loved John Wayne movies, romance novels and cheering on her kids. She had many friends with whom she loved playing bridge and golf, and watching the horses run at Keeneland and the Kentucky Derby! Her twinkly eyes and beautiful spirit will be greatly missed.

A private Celebration of Life will be held at a later date. In lieu of flowers, contributions can be made to the Spectrum Health Lakeland Foundation or First Congregational Church of St. Joseph. Arrangements have been entrusted to Starks & Menchinger Chapel. Those wishing to leave an online condolence may do so at www.starks-menchinger.com.

Receive notifications about information and event scheduling for Patricia

Print
A private Celebration of Life will be held at a later date. In lieu of flowers, contributions can be made to the Spectrum Health Lakeland Foundation or First Congregational Church of St. Joseph.

We encourage you to share your most beloved memories of Patricia here, so that the family and other loved ones can always see it. You can upload cherished photographs, or share your favorite stories, and can even comment on those shared by others.

Posted Apr 13, 2021 at 08:33am
Oh, Patt, your journey is complete. I can see you and Bill laughing, holding hands and giggling like a couple of teenagers. The twinkle is back in your eyes. You both will never be forgotten because of your generosity of spirit and love. Not many can say they’ve touched and added to thousands of lives.
One only needs to look at your kids and grandkids to say, “A job well done, my friend!”
Comment Share
Share via:
PD

Posted Apr 12, 2021 at 07:01pm
Blessed to have been friends of Patt and Bill for many years! Many wonderful memories of the nicest couple you could meet. We shared so many bleacher seats cheering on our kids at sports and other activities, hair salon visits, community service activities. The Johnsons were a very loving couple...always and they shared that love with family, friends and the community. Great examples of how life should be lived!

Posted Apr 11, 2021 at 10:55pm
We were so saddened to hear of your Mom's/Grandma's passing. She was such a special person in so many different ways. We will always cherish the memories we had in "The Ponds Neighborhood" and elsewhere with both your Mom & Dad. We hope you find peace in comfort sharing the many memories your family made. God bless you all!
Comment Share
Share via:
DC

Posted Apr 11, 2021 at 05:10pm
We are so very sorry for your loss. What a wonderful woman Pat was in so many ways! Our hearts go out to you all. May your memories bring you peace. Thoughts and prayers will continue. Hugs. Tom & Deb Carter
Comment Share
Share via:
NP 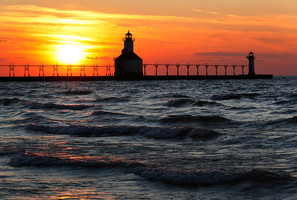