To share your memory on the wall of Oskar Oelke, sign in using one of the following options:

Oskar spent his early life in Bielefeld, Germany, immigrating to the United States in 1956. He attended trade school at Lake Michigan College, earning a certificate in Tool & Die. He spent 40 years in the trade, a majority of that time at Precision Mold & Engineering. Oskar enjoyed spending time with other local German folks, and as a young man played soccer for the Kicker’s Club. He met his wife Anita at the DANK in 1965, where over the years they both enjoyed listening to live German music at dances and other social events. He was a member of St. Paul’s Lutheran Church in Stevensville, where he often volunteered as an usher. His joys in life revolved around his family and children, and was lovingly referred to as Opa by all four grandchildren. One of his passions in life was traveling with his wife and kids, especially to Canada and Germany to spend time with siblings and relatives. Oskar had an overall jovial spirit, nothing made him happier than being surrounded by friends and family, telling a good story, making people laugh, listening to music, and sharing good food and drink together.

A Celebration of Life Service will be held 12:00 P.M. Saturday, January 2, 2021 at St. Paul’s Lutheran Church, 2673 W. John Beers Rd., Stevensville, with Rev. Jesse Knox officiating. Friends may visit with the family beginning at 11:00 A.M. Saturday at the Church. Memorial donations in Oskar’s name may be made to St. Paul’s Lutheran Church. Those wishing to sign Oskar’s Memory Book online may do so at www.starks-menchinger.com.

Receive notifications about information and event scheduling for Oskar

We encourage you to share your most beloved memories of Oskar here, so that the family and other loved ones can always see it. You can upload cherished photographs, or share your favorite stories, and can even comment on those shared by others.

Posted Jan 04, 2021 at 10:23am
Dear Oelke family, On behalf of all of us at Lake Michigan College, I wanted to send our condolences on the loss of your dear husband, father, and Opa and to let you know that we are proud to call him an Alumnus of Lake Michigan College. We are thinking of you at this very sad time, and celebrating with you the gifts and talents that he shared with those whom he touched.
Barbara Craig, LMC Alumni Association
Comment Share
Share via:
LB

Posted Jan 01, 2021 at 07:44am
With loving thoughts of Uncle Oskar. As this memorial tree blossoms and grows, may it always serve as a living tribute to his memory.

Posted Dec 30, 2020 at 03:21pm
Anita, my prayers are with you. Oskar was a good person to all and always made you feel welcome in his house. Hugs to you and Doris and remember that people are praying for strength for you to get through this troublesome time.
Comment Share
Share via:
L

Posted Dec 30, 2020 at 10:09am
Anita and family,
I am so sorry for the loss of your husband. I know he meant the world to you Anita. May Our Lord wrap you in his loving arms and protect you at this challenging time.
God bless,
Janice Gifford
Comment Share
Share via: 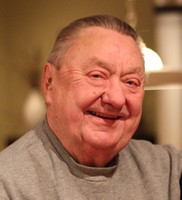