To share your memory on the wall of Orvid Harju, sign in using one of the following options:

After the war, he attended Lake Gogebic Community College and later graduated from Eastern Michigan University with a teaching degree. He later attained a Master’s Degree from the University of Michigan. He taught in Carsonville, North Addams, and Holly before moving to St. Joseph in 1958, where he taught Industrial Arts and Drivers Ed until 1986. He earned a reputation as a patient, caring, and engaging teacher. He was proud to have had a positive effect on so many students at St. Joe High School; on many occasions, former students professed Orvid’s positive influence on their lives.

In 1955, he met the love of his life, Carol Mae Clark while teaching in Holly. They were married for over 40 years. Carol and Orvid were true partners in life. When Carol developed Multiple Sclerosis, Orvid took care of her at home well into his 70’s.

Orvid was relentless in his priorities. After retiring, Orvid continued to serve others and kept busy with volunteer work at many organizations in St. Joseph, including Lakeland Hospital, Habitat for Humanity, and the Multiple Sclerosis Society. He loved to travel, visiting his extended family across the U.S. with trips abroad to Finland and Mexico. He especially enjoyed going to his birthplace in Wakeland, in the upper peninsula of Michigan. His morning ritual was completing the daily crossword puzzle in the Detroit Free Press. His quirky humor and quick wit will be missed.

Orvid was an avid Detroit Tiger and Michigan Wolverine Fan. In 2014, he was honored as the Veteran of the Game for the Michigan / Penn State football game, where he was cheered by over 110,000 fans as he walked across the field.

Memorial services will be held at a later date. Those wishing to sign the memory book online may do so at www.starks-menchinger.com.
Read Less

Receive notifications about information and event scheduling for Orvid

We encourage you to share your most beloved memories of Orvid here, so that the family and other loved ones can always see it. You can upload cherished photographs, or share your favorite stories, and can even comment on those shared by others.

Please accept our sincere sympathies for the loss of your father and grandfather. May your hearts be filled with memories of joyful times together and please know that we are keeping your family in our thoughts.

Posted Apr 11, 2021 at 10:47pm
We were so saddened to hear of your Dad's passing. Both of us remember him from our days at SJPS. We were at the U of M game when your Dad was honored on the field. What an experience that must have been for him and an honor well deserved. Knowing how humble he was, but how huge of a Michigan fan he was too, it had to be an experience that he couldn't pass up. Our condolences go out to your entire family. God bless you all!
Comment Share
Share via:
DC

Posted Apr 11, 2021 at 04:00pm
So sad to hear. He was my teacher at St Joe High School for the small gas engines class. I was young , but knew he was injured in battle as a U.S Marine
Didn’t know the details. Inspired me to join the Marines and serve my country
Condolences to the family. I will always remember him
Comment Share
Share via:
MA

Posted Apr 10, 2021 at 11:43am
I had Mr. Harju for Mechanical Drawing in High School, and remember him as kind, patient, and devoted to doing everything he could to help students to understand and succeed. He was totally comfortable in having normal and caring conversations with myself and other students. There were, unfortunately and as always, some students whose nastiness, apparently thinking they were clever, caused them to take advantage of him. But he never wavered, and his calm composure was the foundation that allowed his willingness to assist and support his students to win out. He was a good man.
Comment Share
Share via:
JS

Posted Apr 10, 2021 at 10:36am
It was a pleasure knowing Orvid. We met at the St. Joseph Lincoln Senior Center and he was instrumental in exercise classes. Orvid was truly a gentleman and scholar. I will miss you Orvid. And to the family you have our love and prayers during this difficult time. God bless you. Rest in peace my friend.
Comment Share
Share via: 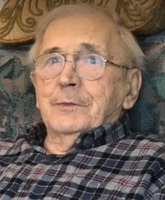 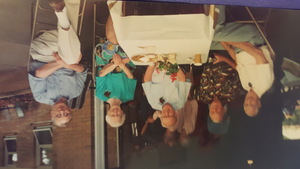