To share your memory on the wall of Norman Stokes, sign in using one of the following options:

A private service will be held at a later date. Memorial contributions may be made to Caring Circle-Hospice, 402... Read More
Norman L. “Norm” Stokes, 83, of Berrien Springs, passed away on Friday, December 18, 2020, at Spectrum-Lakeland Health.

A private service will be held at a later date. Memorial contributions may be made to Caring Circle-Hospice, 4025 Health Park Ln., St. Joseph. Those wishing to leave an online condolence may do so at www.starks-menchinger.com.

Norm was born on September 9, 1937, to Stanley & Evelyn Stokes (Gale) in Benton Harbor. He graduated from Coloma High School and then proudly served his country in the United States Navy until he was honorably discharged. On September 6, 1958, Norm married Theresa Mondelli at St. John’s Catholic Church in Benton Harbor. He was a devoted husband and took care of Theresa until her passing in 2007. Norm worked as a Computer Analysts for Whirlpool Corp. for over 40 years before his retirement.

Norm enjoyed golfing, fishing and assisting in community events as a HAM radio operator. He was a humble man known for helping anyone- friends and strangers alike.

Norm is survived by his children, David Stokes of Berrien Springs and Debra (Niels) Bergstrom of Park Ridge, IL; and numerous nieces and nephews.

Receive notifications about information and event scheduling for Norman

We encourage you to share your most beloved memories of Norman here, so that the family and other loved ones can always see it. You can upload cherished photographs, or share your favorite stories, and can even comment on those shared by others.

Posted Jan 07, 2021 at 07:03am
Norm was a genuinely nice man. Quiet, gentle, helpful, and willing to help however he could. I'll remember him mostly for his faith in God and our discussions about the Bible. He was truly a man after God's heart. After he moved off of Maple Lane he would come by every so often and visit. I'll miss our conversations. You don't come across a gentleman like Norm very often in life. A man I'll always think fondly of and miss.
Comment Share
Share via:
M

Posted Dec 27, 2020 at 04:21pm
John worked with Norm at Whirlpool in IT years ago. Norm was such a great guy always so quiet and helpful. Marge made him a big ceramic mug once with an antique car on it and "Stokes Bearcat" on the handle. He'd helped us with a car problem and wouldn't take any money for it. So I made the mug, he was so surprised and really loved it .
We always thought of him when we passed their house. Sending prayers of comfort for Norm's family.
Comment Share
Share via: 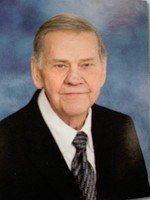