To share your memory on the wall of Michael Angelo, sign in using one of the following options:

A Celebration of Life Service will be held at 1:00 P.M., Wednesday, February 19th, 2020 at Starks & Menchinger Cha... Read More
Michael Angelo, 90, of Riverside, passed away at Spectrum- Lakeland Hospital in St. Joseph on Thursday, February 13, 2020.

A Celebration of Life Service will be held at 1:00 P.M., Wednesday, February 19th, 2020 at Starks & Menchinger Chapel, 2650 Niles Road, St. Joseph. Burial will follow at Hagar Lakeshore Cemetery. Friends may visit with the family on Tuesday, February 18th, at the funeral home from 5:00-7:00 P.M. Memorials may be made to the American Heart Association. Friends wishing to leave an online condolence may do so at www.starks-menchinger.com.

Michael was born in Benton Harbor, Michigan on November 22, 1929 to Antonio & Theresa (Pica) Angelo. Mike was the owner of Angelo’s Small Engines Repair in Watervliet Township. During his life, his family started the Fairplain Plaza, where he was one of the original partners and he also owned Angelo’s Party/Grocery Store in Coloma among others. His favorite past time was working on his farm, sitting on his deck with his cat, watching NASCAR Races and cheering on the Detroit Tigers. He had a gift of being able to fix anything, but he could never pound a nail in straight.

Posted Feb 16, 2020 at 05:47pm
Mike was a great friend! This world won't be the same without him. We thought the world of Mike and will miss him immensely.
Neal & Deb Kinchen

Posted Feb 15, 2020 at 03:49pm
I have been around the family for so many years he was a great person he would help anyone in need no matter if he knew you or not. we know where he was all the time I think he has worked on everything there was to work on he never once gave up on nothing. Prayers for all the family, he is home now R.I.P.
Comment Share
Share via:
CH

Chuck, Tom, John, and Theresa, I am so very sorry to hear of Mike's passing. Hugs and prayers to all of you at this most difficult time and days to come! 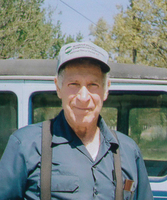