To share your memory on the wall of Matthew Kihlstrand, sign in using one of the following options:

A memorial gathering will take place from 4-7pm, with a celebration of life begin... Read More
Matthew Ryan Kihlstrand, 45, of St. Joseph, MI, tragically lost his life while heroically saving another, on Friday, June 19, 2020 in the St. Joseph River.

A memorial gathering will take place from 4-7pm, with a celebration of life beginning at 7pm, on Thursday, June 25, 2020 at Starks & Menchinger Chapel, 2650 Niles Rd., St. Joseph. In lieu of flowers, memorial contributions may be given to the Humane Society of Southwestern Michigan, www.humanesocietyswm.org.

Matt was born August 11, 1974 in Flint, MI to Vonnie (Gaines) O’Sullivan and David Kihlstrand. Matt grew up in Swartz Creek, MI, where he graduated from high school and went to Western Michigan University. He graduated with a bachelor’s degree in criminal justice before attending the Police Academy in Kalamazoo. Although police work was not his calling, he served Berrien County in Child Protective Services. Afterwards, he spent the majority of his career in the hospitality industry in Southwest Michigan. He currently worked in sales in the construction industry. Matt spent most of his free time at Grand Mere Dunes with his beloved dog, Murphy. He was known for his generosity and he gave whatever he could to whoever was in need. He was a great friend, a kind spirit, and had an unmatched appreciation for people. Though his time was shorter than we hoped, we celebrate his spirit and selfless heroic actions that saved the life of a child.

He will be dearly missed by his parents, Vonnie O’Sullivan and David (Judy) Kihlstrand,; his siblings, Melanie (Darrin) Yappen, and Marc Kihlstrand; his nieces and nephews, Dane (Micaela) Ferré, Ethan Yappen, Madison Kihlstrand, Gavin Kihlstrand, Catherine Yappen, and Ava Kihlstrand; two very special children in his life, Alana and Adin; and many friends and extended family.

He is preceded in death by his beloved dog, Murphy.
Read Less

Receive notifications about information and event scheduling for Matthew

We encourage you to share your most beloved memories of Matthew here, so that the family and other loved ones can always see it. You can upload cherished photographs, or share your favorite stories, and can even comment on those shared by others.

Fred and Shirley Engbloom and family

Posted Jun 25, 2020 at 11:30am
Matt and I often talked about what defined a true friend. Matt was the truest of friends; and his final act was as true to his character as is possible.
I love and miss you brother! I will be forever grateful for your trust, generosity and friendship...

Posted Jun 24, 2020 at 06:50pm
I want pass on my condolences to the entire Kihlstrand family. Growing up next door to them left me with found childhood memories of Matt. My hearts breaks for all of you. I remember the day I met him as a baby. After growing up, we lost touch. But, recently I was able to reconnect with him on social media. I had hoped to see him again one day around the neighborhood. I now hope to see him on the other side. Anyone whom saves a child’s life only to sacrifice their own like is hero of another kind...one we must always remember and thank.
Comment Share
Share via: 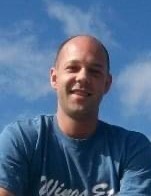