To share your memory on the wall of Mary Kurtz, sign in using one of the following options:

A Celebration of Life Service will be held 6:00 P.M. Friday, March 20 at Starks & Menchinger Chapel, 2650 Niles Rd., St. Joseph. Friends may visit with the family from 4:00 until 6:00 P.M. Friday at the funeral home. Private burial will take place at Spring Run Cemetery in Scottdale. Memorial donations in Pat’s name may be made to PACE of Southwest Michigan or Sarett Nature Center. Those wishing to sign Pat’s Memory Book online may do so at www.starks-menchinger.com.

Pat was born February 6, 1933 in Exeter, New Hampshire to Donald & Mary (Heilig) Leonard. She graduated from Robinson Female Seminary in 1950, and earned a Bachelors Degree from the University of New Hampshire in 1954. On August 11, 1956 she married Warren Kurtz in St. Joseph. Along with raising her family, Pat held a variety of jobs. She was employed for several years at The Hobby Horse in St. Joseph, volunteered at Fernwood Botanical Gardens, and spent many years working in various roles at Brookside Nursery in St. Joseph. She enjoyed tending to her flower gardens around her home, doing crafts, and spending time with her family and friends. She was an avid fan of multiple sports, and was the go-to person for her children when they needed to know what was going on in the sporting world, in particular with Michigan State University.

Pat was a member of the Daughters of the American Revolution, and had an interesting family history which included those who planned the Pilgrim voyage of the Mayflower to Plymouth Rock, relatives who fought in the Revolutionary War, and settled the area know as Fairplain near Benton Harbor, MI.

Receive notifications about information and event scheduling for Mary

We encourage you to share your most beloved memories of Mary here, so that the family and other loved ones can always see it. You can upload cherished photographs, or share your favorite stories, and can even comment on those shared by others.

Posted Mar 18, 2020 at 02:47pm
Just received the news of Pat's passing from my long time friend Lynn Bowen. Pat was my cousin - daughter of my mother's sister Mary. After the death of Pat's father, she and Mary lived with my family for a time so we were able to get to know each other. Unfortunately, we have not been in touch for many years.
My sympathies to Pat's sons and their families in this difficult time.
Comment Share
Share via:
JK

Posted Mar 18, 2020 at 12:59pm
Sure have a lot of good memories of your mom! Us boys sure tested her patience! But she was fun and genuinely cared for us. You all are in our thoughts and prayers. Jeff & Sharon Karns
Comment Share
Share via:
CR

Posted Mar 18, 2020 at 11:32am
John
so sorry to hear about the loss of your mom. Praying for you and your family.
Chris Reisig
Comment Share
Share via: 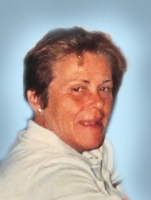 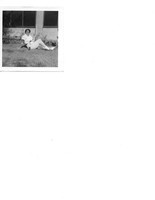