To share your memory on the wall of Marilyn Coon, sign in using one of the following options:

Print
Marilyn Taylor Coon, 85, of St. Joseph, was called home to heaven on Saturday, May 30, 2020, at Spectrum Lakeland Hospital in Niles.

Marilyn was born November 4, 1934, in Ludington, MI, to Valmer and Esther (Morse) Taylor. She graduated ... Read More
Marilyn Taylor Coon, 85, of St. Joseph, was called home to heaven on Saturday, May 30, 2020, at Spectrum Lakeland Hospital in Niles.

Marilyn was born November 4, 1934, in Ludington, MI, to Valmer and Esther (Morse) Taylor. She graduated from Ludington High School in 1952. On February 18, 1956, she married the love of her life, Gayle Coon. Together they adopted two children, Wayne Eugene and Robin Marie. Marilyn retired from Harris Semiconductor in Palm Bay, Florida as an Integrated Circuit Technician in 1999.

Marilyn had a strong faith in God and that was shown through her lifelong commitment to the Lutheran Church. In her spare time, she enjoyed crosswords, playing card games and trivia and going out to eat with her family.

Services and interment will be held at a later date. In lieu of flowers, memorial contributions may be made to Grace Lutheran Church in St. Joseph. Those wishing to leave a condolence for Marilyn’s family may do so at www.starks-menchinger.com.
Read Less

Receive notifications about information and event scheduling for Marilyn

We encourage you to share your most beloved memories of Marilyn here, so that the family and other loved ones can always see it. You can upload cherished photographs, or share your favorite stories, and can even comment on those shared by others.

Plant a Tree in Memory of Marilyn
Plant a tree 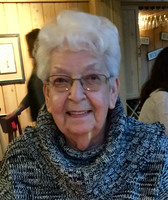 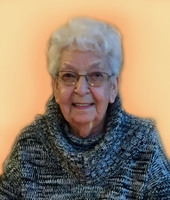