To share your memory on the wall of Marie Dahn, sign in using one of the following options:

Provide comfort for the family of Marie Dahn with a meaningful gesture of sympathy.

Mass of Christian Burial will be celebrated on Saturday, January 11th at 10:00am, at Saint John’s Catholic... Read More
Marie (Arth) Dahn, 92, passed away peacefully on Tuesday, January 7, 2020, at the Hanson Hospice Center, Stevensville, Michigan.

Marie was born January 21st, 1927 to Anna and Aloyse Arth, in a small village named Redange, in the Province Alsace Lorraine, France. This French village was located on the border of Luxembourg, Belgium and Germany. Marie was able to speak in four languages including German, French, the Luxembourg dialect and English.

During World War II, their area fell under German occupation. After four years of occupation, they were liberated by the American army. In the winter of 1944, Marie’s family housed 2 American soldiers, one of whom was Ralph Dahn. They married, September 12th, 1945. She left France, by ship to New York, then train and bus to Benton Harbor. Her long journey was shared by others from France, one of which was Yvonne, who was a lifetime friend, along with other French ladies from our community.

Marie and Ralph were happily married for nearly 50 years, before his passing in July of 1995. They raised five children, four daughters and one son, which kept her very busy, along with several jobs, including 25 years as a waitress for Win Schuler’s in Stevensville.

Marie was gifted artistically as well as a fabulous chef in the kitchen, including hosting large dinners for her family and friends, and desserts that were European inspired. We could gauge the season in southwestern Michigan by her pies, beginning with strawberry/rhubarb in the Spring and finishing with apple pies in the fall.

Her talent with crafts were endless, including sewing, knitting, crocheting, and pressed flowers. Her love for gardening and flowers kept her young and energetic.

Marie is survived by her children: Suzanne (Tex) Burrows of Temple, TX, Jeanette O’Brien of Bolingbrook, IL, Patrice Schroeder and Mark (Karen) Dahn all from St. Joseph, MI, as well as 10 grandchildren, Jennifer Smedsrud and Mary Peters, Jeremy O’Brien and Michele Meyer, Allison Nelson and Craig Griffith, Scott and Bradley Schroeder, and Steven Dahn and Sarah Noskey, along with 11 great grandchildren, including Daisy Marie Dahn, 2 weeks old, who she met on January 6th.

Marie was preceded in death by her husband, Ralph, her sisters Elisabeth, and Catherine, and younger brother, Xavier, and daughter, Denise Griffith.

In lieu of flowers, please consider a donation to ALS Association in memory of her daughter, Denise, or to the SS John and Bernard Parish. Those wishing to sign Marie’s Memory Book online may do so at www.starks-menchinger.com
Read Less

Receive notifications about information and event scheduling for Marie

We encourage you to share your most beloved memories of Marie here, so that the family and other loved ones can always see it. You can upload cherished photographs, or share your favorite stories, and can even comment on those shared by others.

Posted Jan 12, 2020 at 07:37pm
Dear Suzanne, Jeanette, Patrice and Mark,
I have always loved and respected your Mom! She always cooked wonderful desserts, and drove us to the beach in the summertime! I loved spending the night at your Crystal avenue stone house and have very happy memories of those days. I will always remember the Beautiful clothing she made for the girls! I loved going to the fabric store and Ivelese's yarn shop with her and Patrice. She made me want to sew!! I will always remember her love of growing beautiful flowers! And when I called on the phone, I never knew if I would hear her voice saying "Aloo?", or Ralph's voice saying "Yellow"!
Can you imagine living as a teenager in France during the German occupation? She saw it all! It must have been quite the love story for her to leave her family and come to Benton Harbor in the United States! She was not afraid of hard work and struggles.
She is in good hands now!

I am making a donation to the ALS foundation in memory of dear Denise and Marie.
God Bless,
Pam Pelkey Schueneman
Comment Share
Share via:
PH

Posted Jan 10, 2020 at 03:57pm
Dear Suzanne, Jeanette, Patrice and Mark ~ ~ ~ I am so sorry to learn of your mom's passing. She was the best! I remember her playing games with all us kids upstairs when I'd spend the night. And I remember those bushels of peaches and apples in your basement, which she would turn into delicious pies.

I have made a small donation to ALS, in memory of Denise and Marie.

Posted Jan 09, 2020 at 04:05pm
Please accept our most heartfelt sympathies for your loss... Our thoughts are with you and your family during this difficult time.

Flowers were purchased for the family of Marie Dahn.

Posted Jan 08, 2020 at 07:08pm
Marie....one of the most gracious, loving, kindest people I have ever known. I am honored to have been her friend and neighbor. I remember afternoons of sitting on our patio and talking about her childhood. I will forever cherish the fact that I got to know her ever better by compiling a book of her and Ralph’s life and her childhood for her kids. It was fun, and interesting all in one. Dennis and I send our heartfelt condolences to the whole family. Marie left a mark on my heart and I will forever cherish our friendship. Love to you all.
Comment Share
Share via: 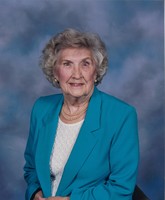