To share your memory on the wall of Marian Wagner, sign in using one of the following options:

Print
Marian L. Wagner, 88, of Stevensville, passed away on Wednesday, April 15, 2020, at Caretel Inns of Lakeland.

Memorial contributions may be made in Marian’s honor to Trinity Lutheran Church or Humane Society of Southwestern Michigan. ... Read More
Marian L. Wagner, 88, of Stevensville, passed away on Wednesday, April 15, 2020, at Caretel Inns of Lakeland.

Memorial contributions may be made in Marian’s honor to Trinity Lutheran Church or Humane Society of Southwestern Michigan. Those wishing to leave an online condolence may do so at www.starks-menchinger.com.

Marian was born on September 24, 1931, to Fred & Louise (Brecht) Gast in St. Joseph. She graduated from Stevensville High School and continued her education at Andrews University where she earned her Associates Degree in office administration. On June 28, 1952, Marian married the love of her life Jack Wagner in St. Joseph. She worked for Alberts Insurance Agency and then for John DeVries Insurance Agency for over 30 years before her retirement. Marian was a member of Trinity Lutheran Church where she attended bible study. She loved to spend her time most with her family and friends.

Receive notifications about information and event scheduling for Marian

We encourage you to share your most beloved memories of Marian here, so that the family and other loved ones can always see it. You can upload cherished photographs, or share your favorite stories, and can even comment on those shared by others.

Posted May 12, 2020 at 03:21pm
Was sorry to hear of Marion's passing but happy to know she is at peace now. Marion was a friend of my parent's Irv and Lill Neubauer. I spent many Sunday mornings breakfasting with them after church, Marion was a sweet sweet woman.
Comment Share
Share via:
B

Posted Apr 28, 2020 at 09:49am
One of my most vivid and pleasurable memories growing up was visiting the Wagner home. Sometimes growing up was tough but knowing I could go there and be welcomed was tremendously helpful. Thank you Jack and Marian. Great memories. Marian RIP. ❤
Comment Share
Share via:
B

Posted Apr 25, 2020 at 08:20pm
Jack,
I was sorry to hear about Marian's passing. It has been many years since we saw her at your beautiful home in St Joe and many more since we were customers in the Derby store. I think about those times often, especially about the fierce basketball games in the loft of your Lincoln Ave farm barn. Many memories have faded but, strangely, I can still remember the day you bragged about your paycheck at Whirlpool that finally reached $100 for a week's work. I often compare today's daily union wages to that amount.
Margie and I still live in El Paso and have been slowed down a bit when Margie had a stroke in 2018 and has been paralyzed on her left side since. My 86th birthday is in June but still manage to do my own yard work and grocery shopping.
Our heartfelt condolences to you and your children. May Marian rest in peace.

Posted Apr 25, 2020 at 03:04am
Fred & Family,
Sorry to hear about your loss, Mom and Dad used to talk about the times our parents had together. God Bless.
M Woods
Comment Share
Share via:
LL

Please accept our condolences in the passing of Marian. She is and was a beautiful person. My husband and I had the opportunity to meet and spend time with Marian and you, Jack, while I was working on the Brunke Family Genealogy when we were in the Stevensville area. She will be missed. 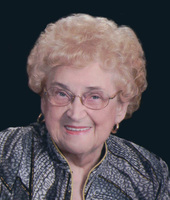