To share your memory on the wall of Margaret \"Peggy\" Moneta, sign in using one of the following options:

A Celebration of Life Service will be held at 11:00 A.M., Friday, March 26, 2021 at St. Paul’s Lutheran Church, 2673 West John Beers Road, Stevensville, MI with Pastor Jesse Knox officiating. Burial will follow at Ruggles Cemetery in Baroda. Friends may visit from 10:00 A.M. until 11:00 A.M., Friday at the church. Memorials may be made to the Cancer Society, Susan G. Komen or St. Paul’s Church. Those wishing to share a memory of Peggy online may do so at www.starks-menchinger.com.

Peggy was born June 5, 1943 in St. Joseph, MI to Ernest & Dorothy (Grau) Hauch. She attended school at St. Paul’s Lutheran, where she was also a member and Lakeshore High School in Stevensville, graduating in 1961. In 1962, she married Werner West of Valparaiso, IN. During her marriage, she raised 2 children, Suzanne and Martin, and took up gardening and sewing. They divorced after 30 years of marriage and it was then she started her new life. She went back to school at age 50 to pursue an Associates as a medical assistant and started line dancing. She reunited with Wolfgang S. Moneta, a long-time family friend and married in August of 1993.

Over the years both Margaret and Wolfgang enjoyed line dancing, first as students and then teaching classes. Their group performed at many local nursing homes and local fairs. They continued for many years until their health would no longer allow. Margaret battled cancer twice in the last 15 years, but it was this second time that God chose to call her home.

Receive notifications about information and event scheduling for Margaret "Peggy"

We encourage you to share your most beloved memories of Margaret "Peggy" here, so that the family and other loved ones can always see it. You can upload cherished photographs, or share your favorite stories, and can even comment on those shared by others.

Corvette Central and The Kohn Family

3 trees were planted in the memory of Margaret "Peggy" Moneta

Posted Mar 27, 2021 at 12:55am
Dear Wolf and Family,
Home at last! Peggy's prayers have been answered... No more sorrow-no more pain!
We emailed almost daily as her health became more fragile and-Day by day and step by step were things that she often said during her long battle ... she prayed that God would help her remain strong to the end as she confessed her love for her Savior.
She and I were friends since kindergarten...my mom was our teacher for K through 2nd grade and my dad for 7th and 8th grade...We were confirmed by Pastor Zink and our confirmation hymn- Jesus Lead Thou On-and many other Bible passages that we memorized so long ago, brought her comfort during difficult days.
She loved her family and was very proud that her children and grand children were members at St. Pauls and received a Christian education. Treasure the prayer journals that she gave many of you for Christmas and remember that she prayed that you all will remain strong in faith as you are comforted by the beautiful Easter message and know that when our work here is finished we will be reunited in heaven.
I haven't met most of you, but feel that I know you all from our "conversations." As you thank God for having had her in your lives praise God from whom all blessings flow and take comfort and strength knowing that she is with her Savior who is also with you and will never leave you.
We would often end our emails saying-I love you-Jesus Loves You all way to heaven.
Hugging you with prayers as we miss Peggy but look forward to that joyful reunion in heaven.
Rest in peace in Jesus' loving arms dear friend.
Comment Share
Share via:
PS

Posted Mar 25, 2021 at 02:21pm
I wish that I could be with you at church, but I must self-quarantine in preparation for a series of procedures including DBS surgery for my tremors. Wolf, I cherish the years that I was privileged to serve you and Peggy, and extended family members, as one of your pastors. The journey can be long and hard, but the destination is eternal glory through faith in Jesus. God bless your continuing journey. Following recovery, Vicki and I look forward to seeing you at church one day soon.
Comment Share
Share via:
L

Praying for successful treatment and recovery for you Pastor S
DT

Posted Mar 23, 2021 at 12:17pm
Wolfie - I have fond memories of you and Peggy from our Dancers for Cancers Relay for Life Team. I am so sorry to hear of Peggy's passing. My thoughts and prayers are with you.
Comment Share
Share via:
H

Posted Mar 23, 2021 at 10:54am
I’m so sorry to hear of Peggy’s passing. I worked with her at Southwestern medical clinic and she was so sweet. She was truly a nice person to be around. May she rest in peace.
Heidi Troxell
Comment Share
Share via: 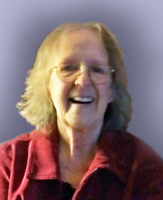