To share your memory on the wall of Marcia Williams, sign in using one of the following options:

Receive notifications about information and event scheduling for Marcia

We encourage you to share your most beloved memories of Marcia here, so that the family and other loved ones can always see it. You can upload cherished photographs, or share your favorite stories, and can even comment on those shared by others.

Posted Jun 04, 2021 at 08:58pm
Darl, Andy, Matt and Ellen and family...we are so sorry to hear of Marcia’s passing. We know you are missing her and will continue to do so but we also know we will all see her again in Heaven, having wonderful conversations with Jesus! May God bring you comfort and peace in the coming days. Thinking of all of you with prayers. Jackie and Bob Blalock
Comment Share
Share via:
SH

Posted Jun 04, 2021 at 04:38pm
Darl & Family, we send our condolences to you. Marcia was such an inspiration. She made everybody feel welcome. She was a big part of several different outreach projects at the church and was truly one that exemplified Christ's LOVE. We will miss her beautiful smile and uplifting spirit. Keeping you in our thought thoughts & prayers. Jerry & Sherry Hunt
Comment Share
Share via:
AN

Posted Jun 04, 2021 at 02:24pm
To Darl and family: What a privilege it was for me to work with Marcia for many years at Area Agency on Aging. We shared a friendship during those years and loved getting together with other retirees occasionally. My deepest condolences to you. My thoughts and prayers are with you as you navigate life without her.
Comment Share
Share via:
K

Posted Jun 04, 2021 at 02:22pm
Marcia was always so happy & positive and such a joy to be around! I’ll miss her smile and the way she treated everyone with love. She’ll be greatly missed!!
Comment Share
Share via: 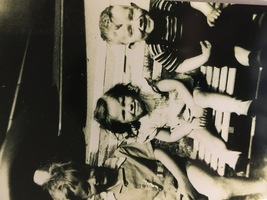 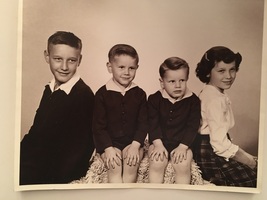 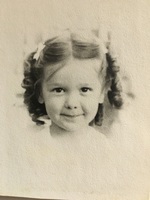