To share your memory on the wall of Marc Humes, sign in using one of the following options:

He was born April 27th, 1971 in Saint Joseph, Michigan. Marc was the son of Russell and Margo Humes. He graduated from Lake Michigan Catholic in 1989, where he play... Read More
Marc passed away peacefully at the age of 49 on Monday, June 8th, 2020.

He was born April 27th, 1971 in Saint Joseph, Michigan. Marc was the son of Russell and Margo Humes. He graduated from Lake Michigan Catholic in 1989, where he played football, wrestling, and track.He was also a strong member of a fraternity where he occasionally attended Ferris State University. He was in the printing business for nearly 30 years, beloved by his coworkers at Walsworth Print Group, IPC, and Bowne. Marc enjoyed spending his time fishing, golfing, and cooking. He enjoyed rooting for Notre Dame, the Detroit Lions, and the Chicago Cubs. Above all, Marc loved spending time with his friends and family. No matter where he went, Marc never met a stranger.

He spent his time making friends and expressing his love for his family, all while wearing a constant smile on his face. One of the greatest family memories of Marc was his ability to reach out to any person he met. Whether a stranger or lifelong friend, Marc was interested in whatever you had to say. He had a constant desire to get to know people on a personal level to have a genuine and meaningful conversation with them.

Marc was preceded in death by his father, Russell Humes. He is survived by his mother,
Margo Humes, his brother Scott (Dana) Humes, his sister Tami Gage, and his twin brother Brian (Michelle) Humes. He is also survived by many nieces and nephews, Michael (Danielle) Humes, Tyler Humes (Alivia Payne), Nick Humes (Emily Mara), Justin Gage, Lanie Gage, Max Humes, Grace Humes, and Jack Humes. A celebration of life will be held in honor of Marc on Friday, June 12th, 2020.

Please join us at Secret Garden at the Harbor, 209 West Main Street, Benton Harbor, from 5 to 7pm. Casual attire is requested, and if you would like, Marc would love to see you in your favorite Lions, Cubs, or Notre Dame gear. Those wishing to leave an online condolence may do so at www.starks-menchinger.com. Arrangements have been entrusted to Starks & Menchinger Chapel & Cremation Services.
Read Less

Receive notifications about information and event scheduling for Marc

We encourage you to share your most beloved memories of Marc here, so that the family and other loved ones can always see it. You can upload cherished photographs, or share your favorite stories, and can even comment on those shared by others.

Posted Jun 16, 2020 at 12:57am
Marc was a good person. He will be missed. He taught me some things in printing.
Margie Strang
Comment Share
Share via:
JC

Posted Jun 13, 2020 at 12:59pm
Margo, Brian and family,
My deepest sympathy for your loss. You and Marc will be in my thoughts and prayers.
Jane Conner
Comment Share
Share via:
SH

Posted Jun 12, 2020 at 12:43pm
Margo,
We are very sorry for your loss. Thoughts and prayers are with you and your family during this difficult time 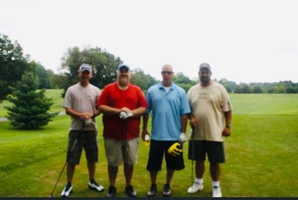