To share your memory on the wall of Laurie Dietz, sign in using one of the following options:

A private service will be held at Starks & Menchinger Chapel and Cremation Service with Fr. Arthur Howard officiating. Burial will follow at North Shore Memory Gardens in Coloma. Memorials may be made to the Berrien County Cancer Service or the National Wildlife Federation. Those wishing to share a memory of Laurie online may do so at www.starks-menchinger.com

Laurie was born September 9, 1958 in St. Joseph, MI to Robert & Mary (Cozzolino) Hines. She graduated from Lakeshore High School then went on to get her cosmetology degree. On November 24, 2000 she married Robert Dietz in St. Joseph. Laurie worked for Lakeland as a Patient Accountant. In her spare time, she enjoyed
spending time with her family, gardening, beach glass art work, and being outdoors around wildlife.

Receive notifications about information and event scheduling for Laurie

We encourage you to share your most beloved memories of Laurie here, so that the family and other loved ones can always see it. You can upload cherished photographs, or share your favorite stories, and can even comment on those shared by others.

Posted May 28, 2020 at 09:40am
To the family of Laurie,
I’m so sorry for your loss. Laurie was my cousin and had such a precious heart and a beautiful smile!!! The celebration of life for Laurie was absolutely beautiful! May her love and light shine within each of you! Love, Dan and Suzanne Moomey
Comment Share
Share via:
MS

Posted Apr 16, 2020 at 12:28pm
So sorry for your loss Bob. Our deepest condolences to you and your family. Praying for all of you. Susan Gerlach Borrelli and Patti Gerlach. 🙏🌷🌸
Comment Share
Share via:

Posted Apr 15, 2020 at 05:47pm
We are so sorry to hear of the loss of this beautiful lady. Laurie was always so kind and giving; so much like her parents. We miss them all and pray they are dancing in heaven together. Cindy and Les Miller
Comment Share
Share via: 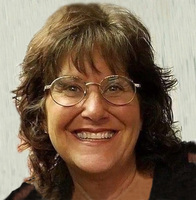 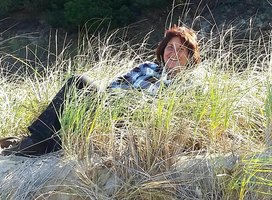