To share your memory on the wall of John Wade, sign in using one of the following options:

John was born on June 6, 1943, in Trenton, TN, to Deloach, Sr. & Lelar (White) Wade. He graduated from Rosenwald High School in 1961. On April 15, 1965, John married the love of his life, Beulah Robertson, in Benton Harbor. John began working in the field of auto specialties before he transitioned to working with Benton Harbor Area Schools as a school bus driver. After many years with the school district, John changed careers and began working at Bosch as an Iron Pourer. He worked there for over 25 years before he retired.

John was a proud member of The King Darius Masonic Lodge and Union Memorial AME Church, where he also sang in the men’s chorus. John also enjoyed fishing, bowling, playing cards and singing karaoke. Most of all, John loved spending time with his family. His children, grandchildren and great-grandchild meant the world to him, especially his great-granddaughter Peyton Naomi, they were the best of friends.

Posted Jun 04, 2020 at 01:16pm
Condolences to the Wade Family. I will miss you dearly Bro. Wade, as I learned so much from you, both on fellow of the craft level and thru our time working at Bosch together.
Comment Share
Share via:
JS

Posted Jun 03, 2020 at 10:15pm
I remember when mr. JOHN always sing at karoake at czars and babes lounge. He had a great voice. You will be missed from everyone.
Comment Share
Share via:
S 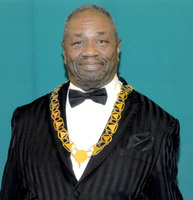