To share your memory on the wall of John Tillstrom, sign in using one of the following options:

A Celebration of Life Service will be held 1:00 P.M. Tuesday, February 23, 2021 at Starks & Menchinger Chapel, 2650 Niles Rd., St. Joseph, with Rev. Tom Bird officiating. Friends may visit with the family from Noon until 1:00 P.M. Tuesday at the funeral home. Memorial donations in John’s name may be made to the Michigan State University College of Agriculture & Natural Resources Alumni Association Endowed Scholarship Fund. Those wishing to sign John’s Memory Book online may do so at www.starks-menchinger.com.

John was born December 25, 1948 in Benton Harbor to Robert & Gertrude (Schmul) Tillstrom. He grew up on the family farm in Sodus, MI, and graduated from Benton Harbor High School, Class of 1967. John was a proud graduate of Michigan State University (Class of 1972), where he earned a bachelor’s degree in agricultural business. After college, John honorably served his country as a member of the United States Army. He had a remarkable career in sales, spending many years with Echo Incorporated. After his time with Echo, John honed his craft as a salesman extraordinaire in a variety of industries, ultimately retiring in 2010. In his free time, John enjoyed reading a good book, smoking a fine cigar, and spending time with friends & family. He was an avid sports fan, and especially loved his MSU Spartans, along with all the Detroit pro teams. Rarely seen without a smile on his face, John had an infectious laugh that would instantly lift your spirits, and he had a seemingly endless repertoire of bad jokes. John was many things to many people; a loving father, a loyal son & brother, and a dependable friend, to name a few. His presence in so many lives will be missed, but never forgotten.

John is survived by his daughter Briana Tillstrom of Navarro, CA; his son Preston (Megan) Tillstrom of Chicago, IL; his brother Thomas (Cheryl) Tillstrom of St. Joseph, MI; two sisters-Valerie (Lee) Tillstrom-Albright of Brighton, MI & Linda Kurzynski of Stevensville, MI; the mother of his children Donna (Hornby) Tillstrom of Boynton Beach, FL; and several nieces & nephews. He was preceded in death by his father Robert on July 2, 1991, and his mother Gertrude on October 23, 2020.
Read Less

Plant a Tree in Memory of John
Plant a tree
0 trees have been planted in memory of John L. Tillstrom
LF

Posted Feb 23, 2021 at 10:58am
John and I went to grade school together (River School), High School together (Benton Harbor High) and shared several memories after that. He was my best friend and I am so sorry to hear that he left us. Rest assured he is not suffering anymore and is at peace with the world. He is celebrating with his mother, father and grand parents and cancer is no longer an ailment. My sincere condolences to Linda, Tom, Val, Briana and Preston. Your father (brother) was loved and cherished by those that had the pleasure of knowing him and will be missed.
Comment Share
Share via:
TP

Posted Feb 21, 2021 at 05:59pm
I knew John as Preston’s dad. I can’t say much about the the man himself, but Preston has more integrity than just about anyone I know. He’s loyal, hardworking, and dependable. That’s a legacy I know any parent would feel lucky to leave behind. RIP, Mr. Tillstrom.
Comment Share
Share via:
SS

Posted Feb 09, 2021 at 03:03pm
Oh, I am sad to read this. I have such good memories of John from high school! He was so kind, and with such a good humor; a good friend to all who were blessed to know him. He was sort of famous to me, being he was related to Kookla and Ollie! He liked to tease, and was so much fun. John was born two days before me in Mercy hospital, and we were part of the nursery gang who grew up to be friends a few years later. May God give the family His peace, and may you always smile and laugh when you speak of John. 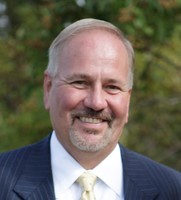