To share your memory on the wall of John Krsul, sign in using one of the following options:

He was born to parents Ann and John Krsul Sr. on March 24, 1938 in Highland Park, Michigan. John graduated from Redford High School in Detroit and then attended Albion College. It was there that he met the love of his life, Justine Oliver. He spotted her at the Freshman mixer and announced to her that night that he would marry her. They married in 1958 while in their senior year. After his term as a Fulbright scholar in Germany, he attended the University of Michigan Law School. He graduated in 1962 then promptly joined the Dickinson Wright law firm in Detroit where he was a corporate and anti-trust lawyer. He was very involved with the American Bar Association and was President of the Michigan Bar Association from 1982-83. With the ABA he served on the Board of Governors and also served as Treasurer. Upon “retiring” at age 63, he went on to serve for 15 years as a board member and officer of the ABA Retirement Fund, as well as the legal counsel for the Brookview Montessori School in Benton Harbor, MI. He also volunteered to many local non-profits. In 2015, he became the Interim Executive Director of The Pokagon Fund. After completing this role, he continued on with the Fund until the present day as Special Liaison to the Board. His work at the fund was the culmination of a lifetime of service. The organization was not only life-changing to the people receiving the funds but also transformative for John who flourished through his work with people in the community. John’s immense grace and empathy informed all that he did.

Despite the enormity of these achievements, he considered his greatest accomplishment to be his family. He was devoted to his wife, Justine, and his two daughters, Ann and Mary. During his busy career he still found time to spend endless hours with his family, coaching softball teams, driving grueling stints to and from ski races, attending sports events of all kinds, including the beloved Detroit Tigers and University of Michigan Football team. He was an intrepid traveler and rapacious explorer who was determined to show his family every historical landmark, battlefield, and scenic view from coast to coast and beyond. He took grandparenting to an even greater level. His breathtaking devotion to his five grandchildren Katie, Caleb, Peter Grace, and Harry was boundless.

His extracurriculars were also legendary. He was a cultural fanatic, obsessing over opera, symphonies, art, film and musicals. He was an insatiable skier and golfer. Sundays found him at Harbert Community Church. John had an unquenchable, voracious, and tireless thirst for life in all its manifestations. The evening before he passed away, he coaxed his reluctant wife of 62 years out onto the vast and blustery Lake Michigan beach to witness the nightly playing of Taps at sundown. He commented to Justine on how deeply happy the beauty and majesty of the experience moved him. He plumbed the depths of joy until the very last hour of his life. He is survived by his wife Justine, daughter Ann (Leslie), daughter Mary (Andrew), his grandchildren Katie (Elvin), Caleb, Peter Grace, and Harry.

A celebration of life service will be held at 11 AM on Tuesday, June 16, 2020, outside at Harbert Community Church, 6444 Harbert Rd., Sawyer, MI, with Pastor Jay Fast officiating. Burial will follow at Lakeside Cemetery. Friends may visit with the family on Monday, June 15, 2020, from 5PM until 8PM at Starks & Menchinger Chapel, 2650 Niles Rd., St. Joseph. Due to the Coronavirus threat, the family is requesting all visitors to the chapel wear an effective face mask and practice appropriate social distancing. While we want to honor John, we want all to be safe while doing so. The funeral home associates will assist with visitation limits. Memorial contributions may be made to Harbert Community Church-Neighbor by Neighbor, P.O. Box 197, Harbert, MI 49115. Those wishing to leave an online condolence may do so at www.starks-menchinger.com.

You will receive any future notification messages.
Print

Plant a Tree in Memory of John
Plant a tree
3 trees have been planted in memory of John Aloysius Krsul Jr.
LB

Posted Jun 18, 2020 at 03:12pm
John was a dear and trusted friend, and Mary and I loved John and Justine from the first time we met them in 1972. An outstanding lawyer, and a great human being who loved his family and his country, John’s memory will be kept in our hearts. So will his dear, dear family.
Comment Share
Share via:
JK

Thank you so much for your kinds words. We love you too. Justine
TS

Posted Jun 17, 2020 at 09:44pm
This tree is in honor of John & his grandchildren so that they grow together in spirit. Peace, the Almquist/Samuels family

What a wonderful gift. Thank you for honoring his memory this way. Justine and family
TF

Posted Jun 17, 2020 at 02:35pm
Please accept our most heartfelt sympathies for your loss... Our thoughts are with you and your family during this difficult time.

Thank you for honoring his memory this way. It is so kind of you. Justine and family
SL

Posted Jun 17, 2020 at 02:34pm
So much love and light to the Krsul family. In celebration and honor of an amazing man who made the very most of life.

3 trees were planted in the memory of John Krsul

Thank you Shayna for remembering John this way. We love our memories of you also and the time you spent with our family. Love Justine
RL

5 trees were planted in the memory of John Krsul

Thank you for the wonderful gift of these trees and the kind words. Justine and family 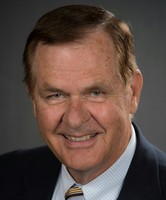