To share your memory on the wall of John Genovese, sign in using one of the following options:

John loved his family, the Marine Corps, old movies, magic tricks and playing cards. He will be forever remembered for his loyalty, work ethic and sense of humor. John is survived by his significant other of 30 years, Norma Adkerson; his sons, David Genovese and Brett Genovese; his daughter, Courtney Radde (Matt); Norma’s children, JT Adkerson (Becky) and Tony Adkerson (Jamie); and a brother, Joe Genovese. He also leaves behind ten grandchildren, Ava and Boden Genovese; Emma, Claire, Jillian and Harrison Radde; and Chad, Megan, Brixton and Dedrick Adkerson, who will miss him dearly.

A private service will be held for family with plans for a public memorial at a later date. In lieu of flowers, memorial contributions in John’s name may be made to the American Legion Post 568 - 3093 Johnson Rd., Stevensville, MI or to the Marine Corps League of which John was a lifelong member https://www.mclnational.org. Those wishing to sign John’s Memory Book online may do so at www.starks-menchinger.com
Read Less

Posted Dec 22, 2020 at 05:32pm
The last time I saw my friend was in August just before I left for permanent residence in Florida. We both knew it was likely our last meeting and we talked for nearly two hours. John was a great friend to countless people and my barber for about 25 years. We always swapped old movies and movie star trivia. John would give you the shirt off his back if you needed it. It was my great fortune to have gained such a good friend. My sincerest condolences to Norma and the family. Heaven has gained a great man. Rest in Peace my friend, in the company of the old cowboys we spoke of countless times. I shall miss you.
Comment Share
Share via:
TB

Posted Dec 22, 2020 at 01:29pm
John was my barber and friend for nearly 20 years. Although he only cut my hair a few times a year, I always enjoyed our talks. It was always about old movies, politics, the state of the country, gardening and perseverance. He believed that people should work hard for what they have. And he did for 56 years. Simply amazing. I could never understand why he wasn't retired and he always told me that he enjoyed what he was doing too much to retire. He was a cantankerous old man that always made me feel like I was talking with my grandpa. Although I always knew this day would come, it just hurts so much. I wasn't ready.
Comment Share
Share via:
DB

Posted Dec 21, 2020 at 09:33pm
My sympathies to the family of John Genovese. What a wonderful man we have lost. In 1992 I opened the BH Walgreens on Pipestone Road. Being new to the area and needing a haircut, I came across John. What a great privilege and blessing to meet such a kind, giving and thoughtful man who over 30 years became a great confidant, advisor and friend. ALWAYS enjoyed the conversation and storytelling as much as the haircuts, if not more. My kids always wanted to go with me because John would give them money for the vending machine. I will miss those appointments, yet I will always have those wonderful memories. Memory Eternal John.! Rest in Peace, my friend.........
Comment Share
Share via:
GT

Posted Dec 21, 2020 at 04:38pm
So very sorry to hear about John’s passing. Almost 30 years ago, I used to go to John every few weeks for a haircut with my little boy Zach starting when he was around three years old. Each Christmas, John would give Zach 3 or 4 wonderful presents just because of the kindness he felt for a little boy with a disability. It meant so much to Zach and us for John to do that. Rest In Peace you kind and good man.
Comment Share
Share via:
JV

Posted Dec 21, 2020 at 11:07am
Norma, David, Brett and Courtney, so sorry for your loss. John was a fine and honorable friend. His journey from East Benton Harbor farm lands to his final resting place was completed with dignity and friendship for all those he met. I will miss visiting with him every two or three weeks as I have done for the past forty plus years. I am certain that John is standing at parade rest, looking sharp, in his Marine dress blues. Semper Fi John
Comment Share
Share via: 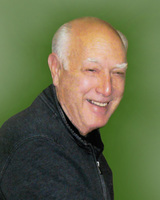