To share your memory on the wall of Joanne Anderson, sign in using one of the following options:

A Gathering will be held from 2:00 P.M. until 4:00 P.M., Sunday, March 21, 2021 at Starks & Menchinger Chapel and Cremation Service, 2650 Niles Rd., St. Joseph. Memorials may be made to Caring Circle Hospice. Those wishing to share a memory of Joanne online may do so at www.starks-menchinger.com

Joanne was born February 2, 1936 in Paris, OH to Robert & Burdette (Starkey) Ewing. She graduated from Louisville High School in Ohio. On September 27, 1958 she married James Anderson in Canton, OH. After her children completed high school Joanne worked for McDonalds as a Hostess for many years helping coordinate many parties and making many friends along the way. Her favorite thing to do was to watch the Ohio State Buckeyes. Football, basketball anything really, as long as it involved her Buckeyes. She will be deeply missed by anyone who’s heart she touched.

Receive notifications about information and event scheduling for Joanne

We encourage you to share your most beloved memories of Joanne here, so that the family and other loved ones can always see it. You can upload cherished photographs, or share your favorite stories, and can even comment on those shared by others.

Posted Mar 27, 2021 at 04:59pm
Tammy, Terri and Jeff,
I am so sorry for your loss of your mom. I was in her wedding when I was about 5... she sent me a picture of it maybe 2 years ago.
One of my best memories is when I came to Wapakaneta, Ohio and your dad worked for Sears and I stayed 2 weeks when I was about 11. I baby sat the three of you and one memory I have is one of you, I think Jeff was on the sliding board out back and threw up down the slide.... next day I also was sick and in bed. I also remember Jeff you had casts on your legs to straighten them. And I
was sleeping in the same room as you in your baby bed. Also i remember one of the last times I saw her and one or both of you girls at a wedding reception for one of Uncle Bruce's girls reception at Skyland Pines. And we sat together with Grandma Della and Kathie and your mom. So much fun.. God Bless Her... and you kids...
Pam ( Wenning) Michel
Bruce's girls at Skyland Pines and we sat together with my mom Burdella and Kathie.... such fun times. Also I remember anytime I was staying we had "popcorn" To this day I think about those days.... I love popcorn... I wish we could have been closer in miles.
Been too long....God love her.
Pam (Wenning) Michel

Posted Mar 20, 2021 at 10:24am
Joanne was a a very special lady, a caring and supportive mother and grandmother to be admired. Our deepest sympathy. Love, Jim and Carol Sands
Comment Share
Share via:
JS 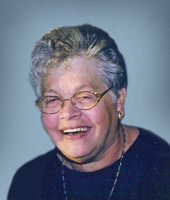 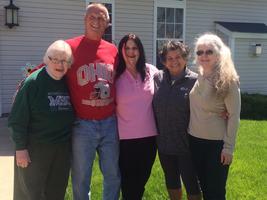