To share your memory on the wall of Jerold Wentland, sign in using one of the following options:

Provide comfort for the family of Jerold Wentland with a meaningful gesture of sympathy.

Print
Jerold L. “Bubba” Wentland, 81, of Benton Harbor, went to meet his Lord & Savior Jesus Christ, Saturday, May 2, 2020 at Royalton Manor in St. Joseph as a result of a battle with Alzheimer’s Disease.

Due to the Covid-19 precautions,... Read More
Jerold L. “Bubba” Wentland, 81, of Benton Harbor, went to meet his Lord & Savior Jesus Christ, Saturday, May 2, 2020 at Royalton Manor in St. Joseph as a result of a battle with Alzheimer’s Disease.

Due to the Covid-19 precautions, private family services & burial will take place. A public Celebration of Life Service will be announced at a later date. In lieu of flowers, memorial donations in Jerold’s name may be made to Scottdale United Methodist Church. Those wishing to sign Jerold’s Memory Book online may do so at www.starks-menchinger.com.

Jerold was born October 22, 1938 in St. Joseph to Nelson & Elsie (Patzer) Wentland. He graduated from St. Joseph High School, Class of 1956. Jerold served his country in the US Army & Army Reserve. Following his military service, he served as a mail carrier for St. Joseph Post Office, retiring in 1993 after thirty-two years. He was a volunteer for many years for Benton Township Fire Department. Jerold was an active member of Scottdale United Methodist Church where he served as a trustee, worked on the pancake breakfasts, salad luncheons & spaghetti dinners, oversaw the fellowship hall and operated the elevator. Jerold was known for his love of the outdoors. He enjoyed walleye fishing, hunting turkey, goose, duck, deer, elk & buffalo, & trapping beaver, fox, mink, otter & snapping turtle. Jerold was a supporter of the Native Americans and a member of the NRA, Ducks Unlimited, Rocky Mountain Elk Foundation, National Wild Turkey Federation and the local Berrien Co. Trophy Toms, and several other outdoor/hunting groups. Jerold always had the time to talk with and teach others from his vast knowledge of hunting, fishing & trapping.

Jerold is survived by his son Jerold N. “Jerry” Wentland of Benton Harbor; his sister Karen (Steven) Burke of Moriarty, NM; his canine “Buddy Pal” Diesel; several nieces & nephews; and friends too numerous to mention. He was preceded in death by his parents, and his brother Neil F. Wentland in 1992.
The family would like to thank Royalton Manor, Caring Circle Hospice & Private Duty Home Healthcare for the excellent care they afforded to Jerald through his illness.

Receive notifications about information and event scheduling for Jerold

Print
Private Family Services & burial will be held. A public Celebration of Life Service will be announced at a later date. Memorial donations in Jerry's name may be made to Scottdale United Methodist Church, St. Joseph.

We encourage you to share your most beloved memories of Jerold here, so that the family and other loved ones can always see it. You can upload cherished photographs, or share your favorite stories, and can even comment on those shared by others.

Posted May 15, 2020 at 09:52pm
Dear Bubba Rest In Peace. God be with you and your family. You were a good friend.
Norman Milbrandt, former USPS letter carrier and Navy veteran.

Posted May 12, 2020 at 11:36pm
Jerry, my heart goes out to you and your family. I am so glad you were able to spend time together, that was a blessing for you both. I remember your dad at Scottdale, he would help my mom with the elevator, which always rather scared her! He was so kind to her, and I will always be grateful to him for that.
Comment Share
Share via:
MW

Posted May 07, 2020 at 10:57am
Rest In Peace Uncle Ernie! Billy and I will never forget our summers at grandmas with you and grandma! Always getting in trouble for messing with the snapping turtles! Love you fly high!
Comment Share
Share via: 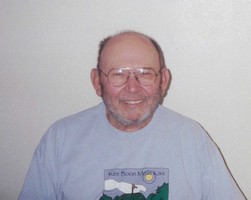