To share your memory on the wall of Jerold Kugle, sign in using one of the following options:

Jerold was born on October 14, 1936 in Benton Harbor, to Fredrick & Daisy (Strong) Kugle. He was employed with various local manufacturing companies. Jerold was the definition of an outdoorsman. He loved nothing more than to be fishing, ice fishing or pheasant hunting. He also enjoyed watching all types of sporting events, especially the Detroit Tigers. What gave Jerold the biggest smile however, was spending time with his family.

Jerold is survived by his children, Vaughn & Valerie Kugle both of Collerville, TN, and Virgil (Kathy) & Vinson (JoAnn) Kugle both of Sodus; many grandchildren and great-grandchildren; brother, Earl Kugle; and son-in-law, Joe Carlock.

Jerold was preceded in death by his parents, Fredrick & Daisy; daughters, Victoria Carlock & Verona Harrington; and his brothers and sisters.
Read Less

Receive notifications about information and event scheduling for Jerold

We encourage you to share your most beloved memories of Jerold here, so that the family and other loved ones can always see it. You can upload cherished photographs, or share your favorite stories, and can even comment on those shared by others.

Plant a Tree in Memory of Jerold
Plant a tree 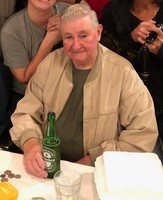 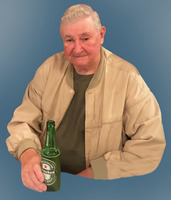