To share your memory on the wall of Jeffrey Schmidt, sign in using one of the following options:

Provide comfort for the family of Jeffrey Schmidt with a meaningful gesture of sympathy.

Jeff was born on Sept. 7, 1942, in Detroit, to Karl and Julia Schmidt. He attended the University of Detroit and graduated from the University of Detroit Dental School in 1965. Following, he served in the U.S. Army Medical Corp as a Captain, stationed at Ireland Army Hospital, Fort Knox, Ky., from 1965 to 1967. On May 15, 1965, he married the love of his life, Meredith (Micki) Hall. Together they had two daughters, Christine and Jennifer, and six grandchildren: Jessica, Jack, Hallie, Hannah, Matthew and River.

Following his military duty, he and his family moved to Southwest Michigan, making their home in St. Joseph, where he joined the dental practice of Drs. Fred and Bill Rahn before opening his own practice for many years on Niles Road until he retired in 2012. He was a guest lecturer in forensic dentistry at the University of Michigan and a member of the Michigan Dental Association, where he co-founded the Forensic Dental Identification Team and served as a Team Section Leader in 1987.

Jeff received numerous fellowships and public awards, holding appointed positions with the City of St. Joseph, the County of Berrien, the State of Michigan and the Federal Government. Additionally, he was selected to serve in the United States Disaster Mortuary Operational Response Team (DMORT) post 911.
Jeff expressed that he could not have achieved these accomplishments without the women in his life, including: his mother, Julia; grandmother, Baba; wife, Meredith; daughters, Christine and Jennifer; and his dedicated dental staff, who were like family to him. He was also extremely grateful to his father, Karl Schmidt, who taught him the importance of family and hard work and made all this possible.

He is survived by his sister, Linda Walker; brother, William Schmidt; his wonderful nieces and nephews; wife, Meredith; daughters, Christine Thome (John) and Jennifer (Deidre); and his grandchildren, whom he adored.
Jeff actually wrote this obituary himself. His friends know how much he enjoyed planning his trips, and they will chuckle when they realize he got to plan his last one. A celebration of Jeff’s life will be celebrated with friends and family at a later date.
Read Less

Receive notifications about information and event scheduling for Jeffrey

Print
A memorial celebration of life service will be held at a later date.

We encourage you to share your most beloved memories of Jeffrey here, so that the family and other loved ones can always see it. You can upload cherished photographs, or share your favorite stories, and can even comment on those shared by others.

Posted May 11, 2020 at 01:00pm
Jeff was a wonderful business mentor and friend, and I'm proud to carry on a small part of his legacy in our shared passion for dentistry

Posted May 09, 2020 at 12:33pm
I feel so fortunate to have worked with Jeff for 17 years. He really loved being a dentist and was loved and respected by 3 generations of some families. Jeff possessed the spirit of service. He served his country, his community, his local and state dental societies with professionalism and class. He was very generous to his staff and provided educational opportunities to help us be our best. Jeff loved and adored his Micki and his family and I know you will miss him as we all will. I hope it comforts you to know he once told Lyle and I that he had no regrets and had enjoyed a great life. I'm happy and proud to have known this kind and empathetic man. God bless you. Judy
Comment Share
Share via:

The above tribute came from Judy Coder Lebsack--not Lyle.
JT

Posted May 08, 2020 at 01:53pm
Micki, Christine, Jennifer and Family— even though I didn’t work “for” Jeff, I was a coworker in the same office for many years. I have always had the utmost respect for Jeff not only for the highest caliber of dentistry that he performed, but for the way he warmly treated everyone he interfaced with. He was a people person and a family man. He was the consummate professional. I loved his teaching moments and his willingness to help at all times. Part of me passed with him. I pray you all will find strength, comfort and peace in your memories and knowledge that he is now healthy and that you will be reunited with him someday.

Posted May 08, 2020 at 12:21pm
Micki, I was so saddened to hear of Dr. Schmidt's passing. He was a truly loving and caring person and employer. I remember coming to the office on a Monday morning and finding "forensic remains" on the counter. I was shocked. When he came in, he was so sorry for having left them there. He couldn't apologize enough. He was so concerned for me. He was such a wonderful man. I will always remember him with fond and loving memories. He really was one of a kind. My heart goes out to you and your family. May God give you comfort and peace, and fill your days with happy memories. I know the power of prayer and the love and support of family and friends. I know you will be uplifted. Love and peace be with you.
Comment Share
Share via: 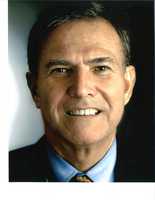