To share your memory on the wall of Jeffery Thomas, sign in using one of the following options:

A Celebration of Life Service will be held 5:00 P.M. Saturday, October 24, 2020 at Starks & Menchinger Chapel, 2650 Niles Rd., St. Joseph, with Major William S. Cox officiating. Friends may visit with the family beginning at 4:00P.M. Saturday at the funeral home. Memorial contributions in Jeff’s name may be made to the Humane Society of Southwest Michigan. Those wishing to sign Jeff’s Memory Book online may do so at www.starks-menchinger.com.

Jeff was born August 14, 1964 in Pontiac, Michigan to Clifford & Janette (Doyon) Thomas. On November 28, 1987 he married the former Terri Bell in Clarkston, Michigan. Jeff was employed as a maintenance engineer at Hoosier Tank in South Bend. He was previously employed at Tube Form Solutions. Jeff was highly respected in his field for his vast knowledge & skills and was sought after by numerous other companies for that reason. There was nothing that he couldn’t fix or figure out and was always willing to help others in need. He was a modern-day MacGyver.

Jeff is survived by his wife Terri; two daughters-Kari (Ken) Climer of Benton Harbor, Kay Thomas of Sodus; his grandson and “the apple of his eye” Colson Jeffery Climer; his sister Rebecca Bolin of The Villages, FL; his brother Kenneth (Deborah) Thomas of Clarksville, TN; his sister-in-law Sherri Simko of Waterford, MI; his brother-in-law Jeff (Marcie Scott) Bell of Rochester Hills, MI; numerous nieces & nephews; and his canine companion Tucker. Jeff was preceded in death by his daughter Chelsea Thomas on March 23, 2010, his father Clifford, and his mother & stepfather Janette & Raymond White.
Read Less

Receive notifications about information and event scheduling for Jeffery

We encourage you to share your most beloved memories of Jeffery here, so that the family and other loved ones can always see it. You can upload cherished photographs, or share your favorite stories, and can even comment on those shared by others.

Posted Oct 27, 2020 at 05:49pm
My name is Alicia Kring, Jeff and my husband Jeremy worked together for many years. Jeremy completed his machine building apprenticeship under Jeff. One of my favorite memories of Jeff is when I first met him, which was at our wedding 20 years ago. Jeff had presented me with a card and it was a condolence card for marrying Jeremy. During the dollar dance, I was dancing with Jeff and he says to me, " hey, what did you think of that card?" I laughed and told him I thought it was funny. He then said to me, " well ya know, all kidding aside, you are marrying a wonderful man." I never forgot that. We are so very sorry for your loss!! Jeff was a wonderful man himself and we will miss him!❤️
Comment Share
Share via:
MW

Posted Oct 24, 2020 at 10:10am
I worked with Jeff at tube form solutions. Every now and then I'd drive somewhere he was out servicing a machine to give him a hand. We always had a good time. What I value most of Jeff was if you were Jeff's friend, he actually treated you like a friend. His knowledge of the tool machine world was vastly limitless, I wish I could have absorb more from you my friend. You will be missed. Love ya bud.
Comment Share
Share via: 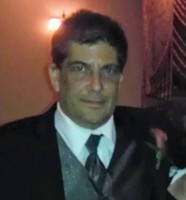 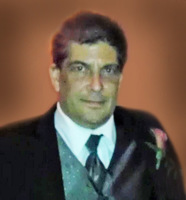