To share your memory on the wall of Janie Barrett, sign in using one of the following options:

Print
Janie Bee Barrett, 76, of Benton Harbor passed away peacefully on Thursday, December 10, 2020 at The Timbers of Cass County, Dowagiac.

Janie was born December 27, 1943 to Solomon Cooper and Dora Mae Ross in Hayti, Missouri. At age four, she moved to Benton Harbor. She accepted the Lord as her savior at an early age. She married Charlie Barrett a WWII Veteran March 18, 1964 and he preceded her in death on July 18, 1971. She always said she would get her GED before her youngest son graduated from high school and she proudly received it weeks before in 1990. She worked at numerous jobs in the agricultural, construction, and food service industry working night shifts to see her kids off to school each morning. She enjoyed cooking, gardening, playing solitaire, saving animals (pet turtle-Stevie) and most of all family time.

Janie was a kind, compassionate, fearless and gentle soul who lived her life as a testimony to Christian principles and values. She will be remembered for being a loving, dedicated mother, grandmother and great-grandmother who gave her all for her family. She will be deeply missed and forever in our hearts.

She is survived by her brothers Lonzo (Lucinda) Boykin of Chicago, Illinois and Walter Campbell Jr. of Battle Creek, sister Mertha J. Shoat of Independence, Kansas, and God sisters Hazel (Joseph) Griffin Sr. and Margaret Batiest of Benton Harbor. The family wishes to extend their gratitude to the staff at The Timbers of Cass County for their love and support.

Arrangements have been entrusted to Starks & Menchinger Chapel, St. Joseph. Those wishing to send condolences online may do so at www.starks-mechinger.com. Friends may visit with family from noon to 1:00 p.m., Monday, Dec. 21 at Starks & Menchinger Chapel, 2650 Niles Rd., St. Joseph. The service will be held at 1:00 p.m. at the funeral home and burial will follow immediately after at Crystal Springs Cemetery. A repass will not be held at this time.

Receive notifications about information and event scheduling for Janie

We encourage you to share your most beloved memories of Janie here, so that the family and other loved ones can always see it. You can upload cherished photographs, or share your favorite stories, and can even comment on those shared by others.

Posted Dec 20, 2020 at 01:07pm
Barrett family, Praying for your strength during this time of bereavement. Love you! Trish Ware & Poole family.

Posted Dec 19, 2020 at 11:48am
To My dear friend Carol and your family. My heart and prayers are with you as you go through this painful loss. With deepest sympathy. Alice Gallimore

Posted Dec 17, 2020 at 09:31pm
Cecil and family we extend our Sincerest condolences. Your mom was a very kind and loving person. May God give you all strength and comfort you.

Posted Dec 17, 2020 at 02:08pm
With heartfelt sympathy to Janie Bee's family. It was always a pleasure whenever we would see each other. God bless her family.
Comment Share
Share via:
GM 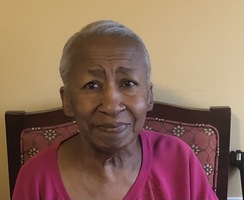